The YouTuber recently called out a local publication for taking his words out of context. 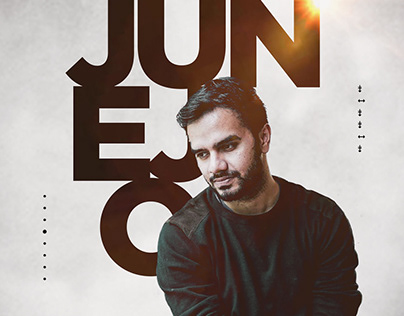 KARACHI: If there’s one thing that publications know how to do well, it is grabbing the attention of readers by using clickbait headlines. Often than not, these clickbaits are usually statements that have been taken out of context and miss the point the person was trying to make. And that’s exactly what happened with YouTuber Irfan Junejo on his latest Youtube video about Palestine. A renowned local publication made headlines out of a statement he made in a 42-minute video which he claims was “out of context, leading and does not convey what I wanted to say.” So what did Irfan Junejo actually say about Palestine?

With the ongoing situation in Palestine, there has been a lot of conversation revolving around the role social media has to play in raising awareness about the issue. However, the headline that the publication opted for made it seem as though Junejo didn’t agree with using social media as a tool to help the Palestinians. Instead, it implied that Junejo meant that all people on social media were doing was posting emotional rants and that only experts should be talking about the Palestine crisis.

That was clearly not what he said. We know because we watched the (complete) video and we feel it is our responsibility to aware our readers on the subject at hand. Here’s what we make out of the Youtube video Irfan Junejo released around the Palestine issue.

He began by sharing that there was a lot of mounting pressure on him to make a video on the Palestine issue and while realistically speaking it would be a great business opportunity for him to do so because it would get him a whole bunch of views and likes, he didn’t feel like it was his place to do so. Not because he didn’t want to help raise awareness but because he felt that YouTube wasn’t the right platform for it. Now you might be wondering why he said that and he did explain why. Junejo stated that if he were to create a video, it wouldn’t do much good. At best, it would be an emotional rant, considering how everyone is emotionally charged up about the crimes against the Palestinians. But posting a rant, and not just in regards to Palestine but about what is happening in China or Kashmir even, won’t add to the conversation. Emotions will ride out any factual information and that always leads to the possibility of misreporting which he has previously made the mistake of doing in regards to sensitive topics such as Mashal Khan.

When he talked about how one needs to be an expert on the situation to comment on it, what he meant was that his channel isn’t a current affairs channel and so it’s not his place to talk about the situation at length. He’d rather leave the floor open to people who are on ground in Palestine, who have access to proper information or are well read and well researched on the topic at hand rather than drowning out their voices with his basic research or understanding. Junejo also went on to clarify that he isn’t shying away from the topic or research because the Palestine issue is “complicated” but because he feels that his three days of Wikipedia research won’t amount to much in the larger scheme of things. And it isn’t as though Junejo has been silent on the Palestine issue. He has been sharing posts about donations and all other relevant matters pertaining to the situation on the platforms, such as Instagram, that he believes are much more suitable.

The YouTuber also explained how he was taking a practical step in helping the people of Gaza. He mentioned how he was collaborating with a friend who is an illustrator who would be donating all what was received from the sale of his illustrations. But unfortunately none of this was highlighted.

It’s important that publications remain careful when it comes to spinning headlines just for the sake of views. With the cancel culture being so prevalent in this generation coupled with the fact that a lot of times people don’t bother reading the whole article but rely solely on headlines to decide their stance, the responsibility multiplies. Or else, artists and/or content creators such as Irfan Junejo suffer despite attempting to be sensitive and sensible with matters like these. The video posted by Irfan Junejo is available on YouTube in case you want to watch it yourself.

The publication in question has now replaced the original headline with a more informed one.