Siddiqui informs that Gumn is a 13-episode-long thriller drama that will air on a new local TV channel, called Green 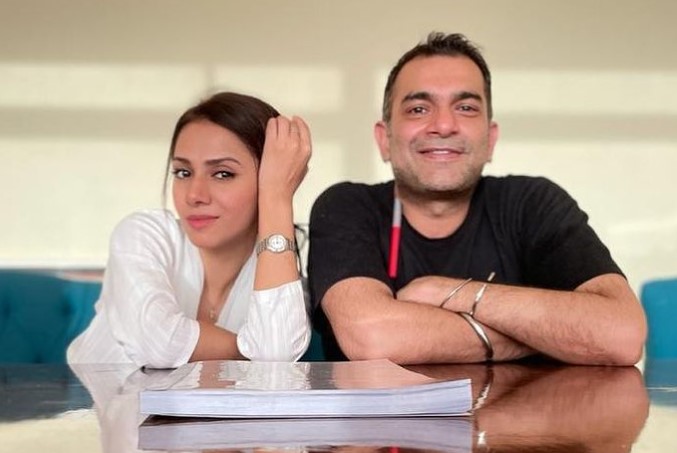 KARACHI: Fans of model turned actor Tooba Siddiqui would know that she does not appear in dramas very often anymore. Last year, she starred in Dushman e Jaan alongside Mohib Mirza and Madiham Imam and won hearts with her small yet impactful role. This year, viewers will see her in the ongoing drama serial Khuda Aur Mohabbat 3 that is also generating amazing feedback from fans. However, to one’s surprise, Tooba Siddiqui has turned writer and producer for a new drama, called Gumn. She is making her writing debut with the upcoming project that is being directed by Sarmad Khoosat.

“It is called Gumn (lost), a 13-episode thriller drama which is going to be one of a kind,” she shared. “We are shooting as we speak. It is not your typical drama. This medium is very different with lots of treatment. It will run on a new channel called GREEN,” she added.