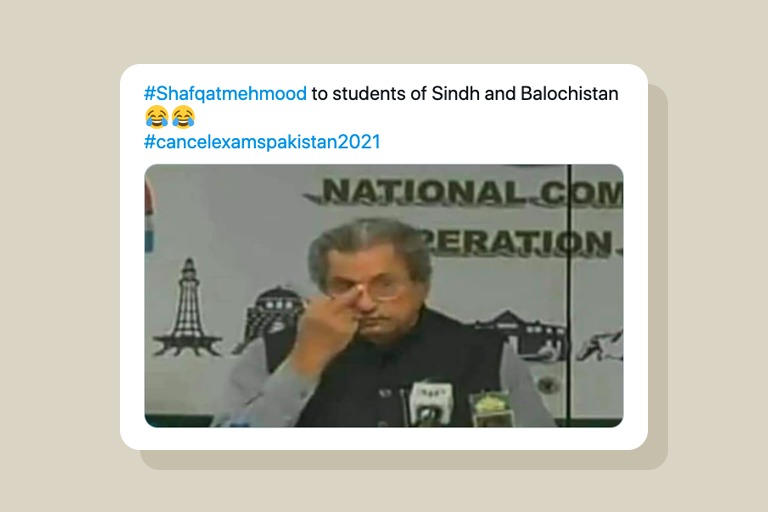 KARACHI: As Pakistan experiences the third wave of COVID-19, government officials have been revisiting lockdown policies and SOPs around the country. An important decision that had to be taken keeping in mind the spread of the virus was regarding the reopening of schools in Pakistan. Federal Minister Education, Shafqat Mehmood, had announced earlier that a meeting will be held on 24th March at the NCOC to make the final decision. “All education/health ministers will meet Wednesday March 24 at the NCOC to take a decision regarding reopening or further closure of educational institutions. Health of students, teachers/staff primary consideration”, reads the tweet from March 21.

The third coronavirus wave is serious; requires careful review. All education/health ministers will meet Wednesday March 24 at the NCOC to take a decision regarding opening or further closure of educational institutions. Health of students, teachers/staff primary consideration

While his tweet indicated towards the meeting being a physical one, Twitter was quick to point out how the officials had met virtually to make a decision regarding physically reopening schools in Pakistan. Making the most out of the irony, memes started pouring in while students waited for the Minister’s decision.

Wow. So the ministers themselves will be participating virtually and they expect us to be on campuses and give exams. Isn't this a double standard Mr. @Shafqat_Mahmood ?#cancelexamspakistan2021 #cancelcieexams2021 #cancelcies21 pic.twitter.com/cKK7ytS17h

In online meeting they will decide our future *Physical classes*
Big hands for our government and their polices @Shafqat_Mahmood #cancelexamspakistan2021 pic.twitter.com/wCMD4pYcxL

As #cancelexamspakistan2021 and #shafqatmehmood trended on Twitter, a decision was made at the NCOC. It has been decided that schools in specific districts will remain closed till 11th April. Other institutions will follow the schedule that was previously decided. “All Public & Private schools of Lahore, Rawalpindi, Gujranwala, Gujrat, Multan, Faisalabad, Sialkot, Sargoda, Sheikhupura will remain closed till April 11th, 2021. The remaining Districts will be open on previous schedule,” reads a recent tweet by Murad Raas, Education Minister Punjab.


While students from Punjab and KPK celebrated the decision, students from Sindh and Balochistan have been expressing their disappointment on it.