Here are the winners of Golden Globes 2021 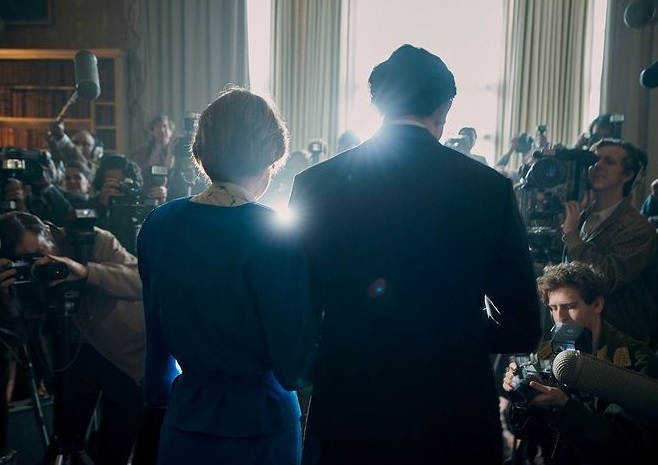 KARACHI: Celebrating cinema and art, Golden Globe Awards have come a long way in giving critical acclaim to artists for their storytelling. As the list of Golden Globes 2021 winners lines up, one looks up to the people who breathed life into all the stories that we saw on screen – whether through their scriptwriting, direction, or acting.

Zhao is currently working on MCU’s The Eternals – a film starring Kumail Nanjiani.

In the category of Best Actress in a motion picture – Drama, Anra Day was the proud receiver for her performance in The United States vs. Billie Holiday. On the other hand, Sacha Baron Cohen was the won Best Actor in a motion picture — musical or comedy, for his role in Borat Subsequent Moviefilm. The very film won in the category of Best Motion Picture — musical or comedy.

This year’s winner for the Golden Globe Best Actor – Drama must have brought tears to several eyes, as Chadwick Boseman won the award for Ma Rainey’s Black Bottom.

The Crown, a show based on the life of the Queen of England, Elizabeth II, had been receiving a lot of acclaim, both positive and negative for its portrayal of Prince Charles through his marriage with Diana Spencer. Interestingly enough, Josh O’Connor has won the award for his portrayal of Prince Charles in Season 3 of “The Crown” as Best Actor in a Television Series – drama. On the other hand, Emma Corrin has landed the award for Best Actress in a Television series. The show also Gillian Anderson winning Best Supporting Actress for her portrayal of Margaret Thatcher. The Crown itself bagged a Golden Globe award as it stood the winner of the Best Television Series category for the genre of Drama.

Rosamund Pike won an award in the category of Best Actress in a Motion Picture — Musical or comedy. The award takes into consideration her role as Marla in I Care A lot. On the other hand, Schitt’s Creek has won the award for Best Television Series – musical or comedy – and deservingly so.