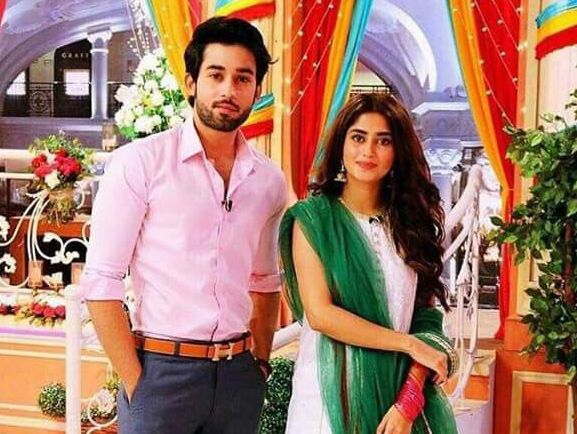 KARACHI: Sajal Aly and Bilal Abbas Khan, who starred together in drama serial O’Rangreza (2017), are certainly on a roll. They are not only shining in Pakistan but are making headlines globally as well. The two are among the best new-age actors the local entertainment industry has got. They also recently made it to the list of “30 under 30 Global Asian Stars” list.

Last year, Sajal Aly won the International Icon award at DIAFA 2020, while she recently signed her second international film, What’s Love Got To Do With It. It is produced by Jemima Goldsmith and features Lily James and Emma Thompson. Bilal Abbas Khan, on the other hand, has been garnering acclaim for his web series Ek Jhooti Love Story released in 2020 while his incredible performance in drama serial Dunk has caught everyone’s attention. Fans of the two stars can rejoice as Sajal Aly and Bilal Abbas Khan have signed a Pakistani film together. They shared the news on social media earlier today.

According to the title page of the script shared by the actors, it’s a Filmwala Pictures production. Titled Khel Khel Mein, it will be directed by Nabeel Qureshi and produced by Fizza Ali Meerza. “Working with the finest producer/director duo in the country for the first time. Iss baar milte hain theatre mei,” wrote Bilal Abbas Khan.

His first film was Thora Jee Le while Sajal Aly made her local film debut with Zindagi Kitni Haseen Hay in 2016.  Her first film outside Pakistan was Sridevi-starrer Mom that garnered a lot of acclaim for the incredible actor. Fans loved Sajal Aly and Bilal Abbas Khan’s performances and chemistry in O’Rangreza. Let’s wait and see what their big-screen project holds in store for viewers.