Abdullah Siddiqui talks about collaborating with Peshawar Zalmi for ‘Kingdom’

The song featuring Hania Aamir, Mahira Khan, Esra Bilgic and others was released on 20th February and has been gathering praises ever since 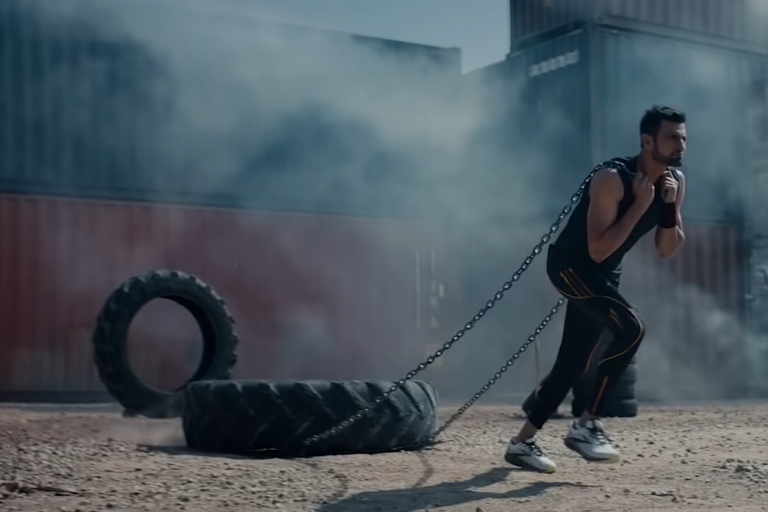 KARACHI: The PSL 6 opening ceremony was hosted on Saturday, 20th February. While cricket lovers looked forward to the ceremony and the matches, Peshawar Zalmi surprised many by releasing its official anthem hours before the tournament kicked off. Titled ‘Kingdom’ and sung by Abdullah Siddiqui and Altamash, the song is nothing like any of the cricket anthems we have seen before. From the strong vocals to the stunning visuals and the cinematography, Peshawar Zalmi definitely knocked the ball out of the park with their anthem.

The video features Hania Aamir, Mahira Khan, Ali Rehman, and Esra Bilgic from the entertainment industry. Cricketers like Shoaib Malik and Kamran Akmal amongst others. However, it is not the star presence which makes the video so enjoyable. ‘Kingdom’ is a risk, but also a creative genius at the same time. Most of the lyrics are in English, a language which most of Pakistan does not speak, but at no point does the song feel disconnected from its audience. Altamash brings a powerhouse of vocals to the song while the video itself looks like a clip out of a Hollywood movie.

With the masses praising the song, Abdullah Siddiqui, too, commented on his experience working with Peshawar Zalmi. The young singer who has introduced a new dimension of music to Pakistan through his music answered a few questions about the anthem on his Instagram story.

One follower asked Siddiqui about how he had been approached by Peshawar Zalmi and how much freewill he had been given while working on the song. “The CCO of Zalmi sent me a text several months ago, asking to meet. It was pretyy straightforward,” revealed the 20-year-old artist. “Obviously they had a really exciting creative vision but in terms of the sound, they mostly let me do my thing. I loved the fact that they had a lot more creative trust in me than big brands usually do. I’m really happy I didn’t have to compromise my musical style, and I got to make a song that I genuinely love.”

Speaking about collaborating with Altamash, Siddiqui mentioned that “Getting Altamash on board was actually Zalmi’s idea and I’m so glad it occurred to them.”