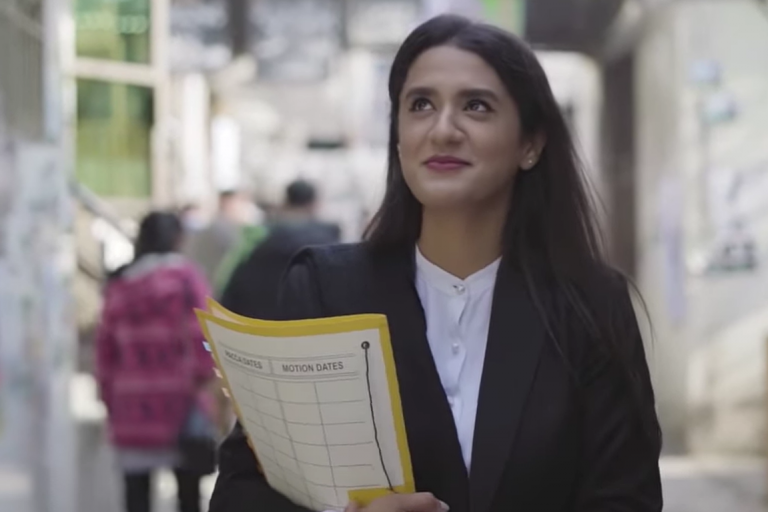 KARACHI: Patriarchy does not only act as a suppressing factor for women in society but also inhibits the entire society from achieving its full potential. With half of its potential cast aside and restricted to dictated norms of staying at home, the very society paves its path towards economic downfall, societal ruin, and an overall dilemma when it comes to a lack of skilled labor in the job market. The issue further escalates when norms like these transcend from one generation to another. Ali Hamza from Noori the band has used his music to send the same message across – invest in women.

In 2017, according to the rankings of the Women Peace and Security Index, Pakistan ranked the fourth worst country for women. Out of 153 countries ranked for women’s security, justice, and inclusion Pakistan filled the 150th position, having the highest discrimination against women and lowest financial inclusion when compared to the world.

The issue is not that we are somehow failing at what we are struggling to achieve when it comes to women’s rights, it is the collective denial a holier than thou society has to offer. With immense pride in our traditions and archaic notions that abstain women from achieving their life goals, we feel proud when we reduce women to the kitchen. “That is what they are supposed to do. Where they are supposed to be. It is just the way God made them. Inherently and naturally,” is what echoes all-around any woman who dares to step out of the confines of the kitchen, society will head straight towards policing her and putting her back in her place.

Sometimes this policing translates itself in the form of taunting, pleading, brainwashing, manipulation, and provision of privilege to the extent that one forgets the plight of women living a harder, more different life. In more dangerous scenarios, this policing exceeds to crimes against women. The nature of majorly all of them aiming to regulate women. A woman beyond a man’s regulation quickly becomes a threat and like stated above, has to be put back in her place. The crime, horrific and barbaric still gets “but why was she out at this time of the night?” or “Why did she wear what she wore?” – victim-blaming and rape culture that further restrict the female into behaving a certain way, without ever stopping to ponder over how far beyond the point of repair the society has gone in trying to implement its ways on women.

“They pay a price for challenging norms and for standing up in the face of societal and cultural expectations. That takes a lot of courage,” says Samar Minallah Khan, the director of Sar Buland, “I want them to relate to a different kind of hero. The actions of that hero could be very small; very subtle. It’s the decision to take those actions that is huge.”

Ali Hamza has composed the music and sung the song whereas Irfan Ahmad Urfi has penned down the heartwarming lyrics. The music video features a father-daughter duo, as Ali Hamza sings about how the daughter is a source of confidence, hope, and pride for the father. As she grows up, the girl takes motivation from her father in numerous instances, as he cheers on for his daughter taking up challenging tasks.

Producer Irum Ahsan clarifies that a woman needs to have an association to you in some way or form to be respected, “For a happy society, each human needs to be respected and a woman is a human being. She does not have to be a mother or a sister or a daughter to be respected, supporting one woman creates a pathway for other women, women are not anyone’s honor, they are everyone’s pride.”

A society that invests its value in notions of women’s honor and not their education not only dehumanizes them as individuals but also lets their untapped talents go to waste. It is imperative that we dig in a little deeper as artists and storytellers to usher the society forward towards an equal, secure and safe Pakistan for our women. Setting a good precedent, Ali Hamza has already garnered praises for his music video, and the concept he has beautifully put forward.

What a beautiful sensitive song – a tribute to girls and fathers who nurture their girl child's potential. https://t.co/5STvUQezGJ

Excellent song about women empowerment with a female lawyer as a role model! We have many excellent female doctors and teachers etc but we definitely need many more female lawyers at the forefront of our legal profession. #womeninlaw #sarbuland @sjkazmi30https://t.co/Y02xBXjMIU

Ali Hamza's song #Sarbuland is about how women are strong and we should have more pride in their achievements. #shecanshewill pic.twitter.com/WkOf7uOHna