Bombay Begums: A female centric narrative of survival in a man’s world 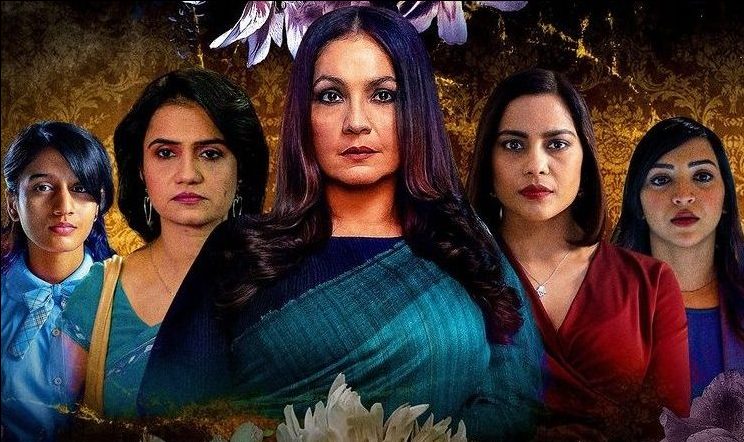 KARACHI: Being a woman, no matter how rich, or how poor comes with its costs in a society that sees them as children of a lesser God. While coming from a place of privilege might nullify a woman’s direct exposure to society’s ills, it still doesn’t guarantee complete abstinence. Bombay Begums, an upcoming series on Netflix aims to explore just that.

A multiple protagonist driven story, Bombay Begums brings together Rani, a CEO – who is also a step-mother, Shai, her step-daughter, Fatima, a wife, and mother to be awaiting the arrival of her daughter, Lily, a small-town woman who’d go at lengths to give her son a better future, and Ayesha, a dreamer. We see the rugged life of Bombay, uncharted and unexplored thus far, through the eyes of these very women.

So far, Bombay has been explored for its gang wars, guns, smuggling, overall with hyper-masculine themes of a town where men are competing against one another. It is perhaps the first time that it will have a female-centric narrative as these women compete against their world to achieve what they are contesting for. A scandal, an accident, a resignation, and anticipated childbirth are some points of navigation for this story.

The fast-paced trailer of the upcoming Netflix series looks promising enough as it opens with, “Some women are born to rule. We call them Queens. Some women secretly aspire to be Queen. Some women laugh and smile their pain away but they are.. survivors. And perhaps the real queens of Bombay. The question is how far will you go to survive in this city of dreams?” This in itself is hinting towards the idea that Bombay Begums is a rat-race to the top and the winner is simply a survivor. With privilege comes a lot that can be put at stake, but also a number of resources. With nothing to fall back on, the protagonist also has nothing to lose – perhaps a frequently underestimated power.

Pooja Bhatt stars as Rani, Shahana Goswami as Fatima, Amruta Subhash as Lily, Aadhya Anand as Shai, and Plabita Borthakur as Ayesha. With their strong, and often conflicting characters the five ambitious women come from all different walks of life and converge through the story.

The web series will be available to stream on perhaps the most appropriate day – 8th March 2021, International Women’s day.