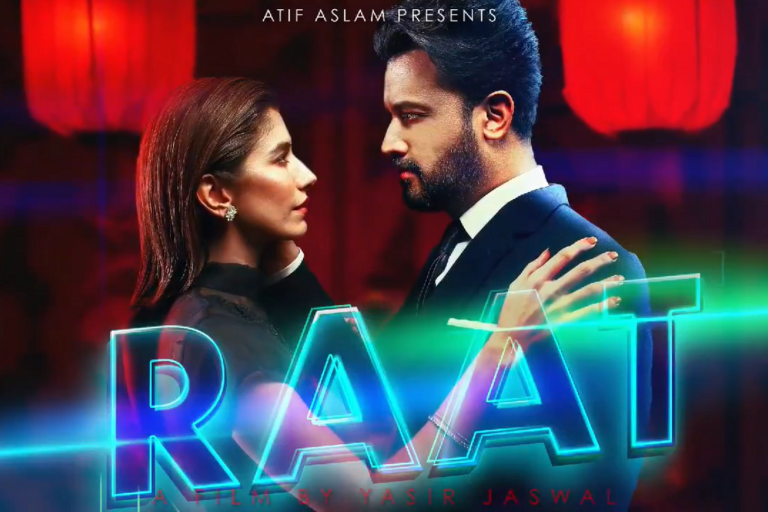 KARACHI: Atif Aslam’s songs have proven to be timeless and appreciated by his fans years after their release time and again. The year 2020 specially proved to be a successful one for the artist as he was recognised by local and international audiences for his talent. However, it is not very often that Aslam produces a new solo or releases a new album. The last of the singer that his fans got to see was his performance of Kadi Te Hans on Velo Sound Station. Thus, when Atif Aslam released the teaser of his new song ‘Raat’ on 11th February, it definitely came as a pleasant surprise.

Sharing the space with Atif Aslam on the poster of ‘Raat’ is another audience favourite, Syra Yousuf. Gathering praises for her recent photoshoots and ads, Yousuf’s return to the world of music and videos is sure to attract fans. The video is directed by Yasir Jaswal.

It is believed that the video was shot in December 2020 but the teasers were not released until two months later. This will be the first time that Atif Aslam and Syra Yousuf, both masters of their own fields, will be sharing space on the screen. The poster suggests towards the song being a love song but with Aslam’s creative genius at work, the track is sure to be unique in its nature.