Here is why we loved Ghisi Piti Mohabbat 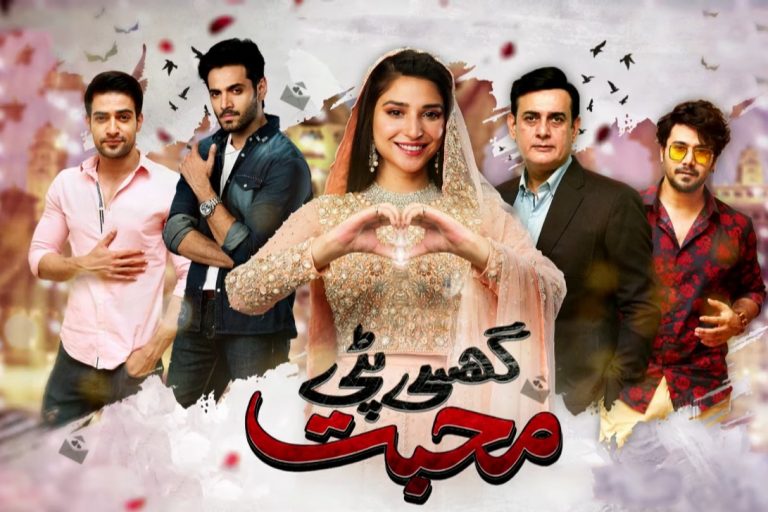 KARACHI: Amidst a pool of regressive storylines dominating the small screen, there are a few narratives that are unique and progressive. Ongoing drama serials Mushk and Prem Gali are top examples in this regard. One such project that recently came to an end is Ghisi Piti Mohabbat whose last episode aired on 21st January. Featuring Ramsha Khan in a lead role, the serial has been one of the most progressive dramas of 2020. While marriage is an important theme in the drama, the angle with which it is looked at is refreshing to watch. Khan’s character, too, has been a delight to witness through the course of the show. Here are a few other reasons why we loved Ghisi Piti Mohabbat.

Has a strong script

Penned by the very talented Faseeh Bari Khan, Ghisi Piti Mohabbat leaves ample room for each character to voice their opinions without being violent. The dialogues are powerful enough to convey the message to the audiences. Ramsha Khan’s character, Samiya, has especially been given a voice which she is not afraid to use. The drama reflects on the kind of society we live in and how our women are treated, but Samiya also knows how to fight back.

Like we mentioned, Samiya is an empowered woman who is not afraid of speaking up. Through her character, the drama highlights the issue of street and workplace harassment which so many Pakistani women face on a daily basis. Samiya uses public transport to commute to and from work. However, it is not until later in the drama that she opens up to her parents about the catcalling and harassment that she has to face at the hands of men on the streets.

On another occasion, Samiya is harassed by her boss at work. But she is not afraid to shut him up on the spot, even point a knife at him and tell another employee to keep the boss in check. Samiya also quits her job following the incident.

Speaking of Samiya’s former boss, the same man questions her about her marital status and children when Samiya first appears for an interview. Like many desis, the boss also assumes that a woman cannot be a good employee and a mother at the same time. However, Samiya reminds him of how it is sexist to make such assumptions or even question women about their marital status when hiring them for a job.

It is no doubt that Ghisi Piti Mohabbat portrays women in strong characters and empowers its protagonists. The drama also tried to empower minorities who are otherwise oppressed in our society. While Prem Gali earlier stood up for the khwaja sira community, the recently concluded drama shows them as Samiya’s employees, happily working for a pop-up restaurant owned by a woman. Such dramas normalise the presence of khwaja sira and remind their audiences that they are as much a part of our society as anyone else. They need to be given the same opportunities as everyone else, and not marginalized based on regressive ideas.