Comment: Why is drama serial Nand still going on?

One of the most-watched shows of 2020, the drama has not only lost its essence but also the actors who played integral roles 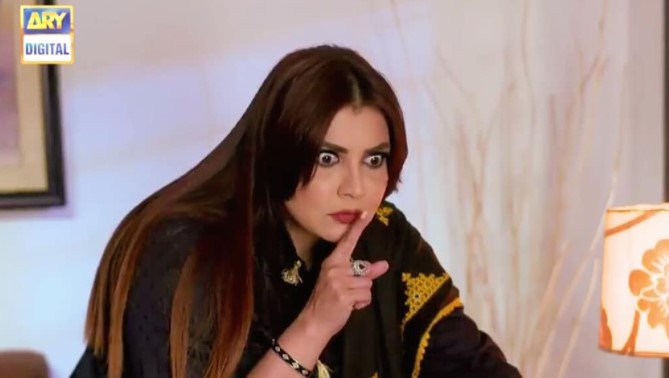 KARACHI: Pakistani dramas are often criticized for dragging the story unnecessarily. Those that start off at a good pace mostly eventually get stuck in a rut and lose audiences’ interest. However, ongoing drama serial Nand has gone too far in following this trend, and has become unbearable. The titular character, played by Faiza Hasan, was a major attraction in the project. Not only has Hasan been replaced by another actor, another female protagonist also died in the episode that aired on 13th January.

This basically leaves the drama with no story to tell and yet it is running like a less-than-average season two of a successful first instalment. Nand met commercial success as it constantly topped the rating chart ever since it went on-air. It was also one of the top TV plays with the highest ratings in November 2020. Faiza Hasan played Gohar, an elder sister to two brothers whose lives could not be at peace because of her constant interference. Both brothers ended up parting ways with their wives because of her. Just when one thought the drama would conclude as Gohar gets a taste of her own medicine, it went back to square one.

Javeria Saud replaced Faiza Hasan as Gohar as the character recovers from her unstable mental and physical condition. Nand never felt the same since Hasan left the project. Many viewers seem to have lost interest in the drama entirely. It makes little sense for the serial to be stretched to this point in the first place. And if it did, given the ratings, why is Hasan no longer a part of it?

Read: Nand: A tale of violence, manipulation and misuse of power

There must be a reason behind the team’s decision which we are not aware of. Similarly, actor Minal Khan, who played Rabi – Gohar’s sister-in-law, also must not have been available to shoot further episodes. Hence, they killed her character in the recent episode, a convenient fate which many characters meet. One had a hunch she, too, was going to quit the project since Rabi had been out of the picture for a few episodes, even before Minal Khan’s father passed away in December.

The question remains, why is this drama still running on our TV screens? It was not one of those narratives that highlight important subjects or send out strong messages. However, it generated a huge fan base due to Faiza Hasan’s over the top performance as well as its relatability, given the nand-bhabhi dynamics in a desi household. With multiple new faces taking the story forward unnecessarily, the drama has lost the crux of it and one can’t wait for it to end.

Comment: Actor Agha Ali wants women to stop sharing nudes but what about the men who share them?