Comment: Actor Agha Ali wants women to stop sharing nudes but what about the men who share them? 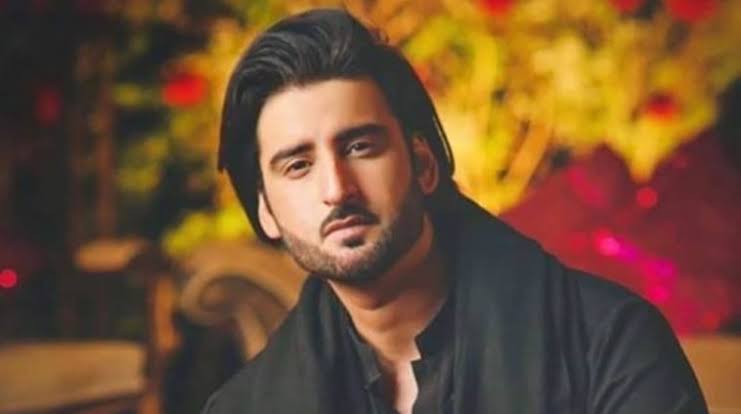 KARACHI: Pakistani actor Agha Ali, who has most recently appeared in the drama series Band Khirkiyan, took to his Instagram story to share his opinions on sending nudes and sharing private data online. 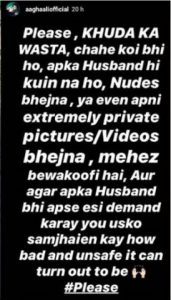 The actor approached the issue with the base argument of it not being safe and rather a form of stupidity to share such private data with anyone but emphasised that women should not share these images with even their husbands. He continued that this message should be believed in and taught, “If your husband has such demands, you should explain it to him as well,” which made it clear that the actor was directing the message to women.

In the age of sexting being made possible through cell phones, it is a wonder why women are always made to be worse-off than men. Nude leaks have, in the past, affected both men and women. Yet, for some reason many such as Agha believe that it’s only unsafe for the woman because of the patriarchy that enables this train of thought. In light of the recent Rabi Pirzada leak, it can be argued that the situation was hyped up way more than it should have been and it makes one wonder if a man’s nudes had been leaked how much attention would it get?

This further leads to the introspection towards the leak itself. The perpetrators who allow the leak are commonly identified as male hence cancelling out women-hating beliefs of the system that suggest that women are gossip-mongers and exploiters. Even though this might be the main motivator behind Agha making the suggestion specifically for women not to share such content to men, his statement promotes an underlying sexism i.e. a) only women are capable of sharing such images b) men are at no risk no matter what they do.

There is a prevalent need for famous personalities to initiate discourse towards men doing such acts of injustice. This narrative mimics that of people warning women how not to get raped rather than telling men not to rape. Once there is a common understanding in our society that invading someone’s privacy (whether man or woman) is wrong and victim-blaming hasn’t helped in the past and probably won’t in the future. Had Agha’s story been a reminder for men not to leak nudes instead of further sexualising women by suggesting that they are the only ones out there sharing nudes, his argument would be much more fruitful.