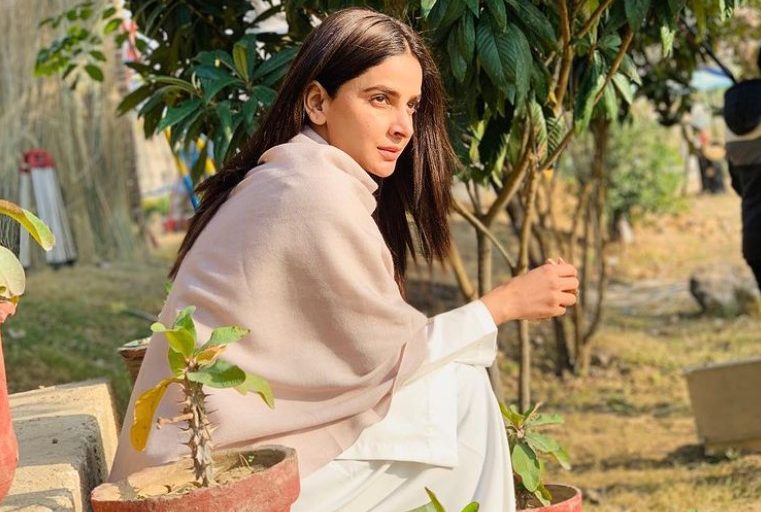 KARACHI: The news of five original Pakistani series launching on Zee5 portal and being available for international audiences was no less than a pleasant surprise. It started with Asim Abbasi’s Churails, the first to release on the platform, followed by Mehreen Jabbar’s Ek Jhooti Love Story. There are three more series in the pipeline, including Saba Qamar-starrer Mann Jogi that is probably the last one to come out. The shoot recently wrapped up in Lahore while the project is scheduled to release later this year. The actor took to social media to share the news.

Posting a picture with co-star Agha Mustafa Hassan, Saba Qamar wrote, “It’s a wrap! It was lovely working with you. You’re such an amazing costar! Sada khush raho.”

Penned by Saji Gul, Mann Jogi is directed by maestro Kashif Nisar, who recently won an LSA trophy for Ranjha Ranjha Kardi. Saji Gul and Kashif Nisar are known to handle the themes at hand with the sensitivity they demand. One of the major attractions of the upcoming series is the pairing of Saba Qamar with Noman Ijaz – two incredibly talented actors. The equation they share in the series is very unique compared to anything we have seen before. They have been shooting for it for a while but the project was postponed due to the pandemic. It has finally come to an end now.

Let’s wait and see what the series holds in store for viewers in Pakistan and beyond.