The drama sends out important messages around women empowerment, marriage and more 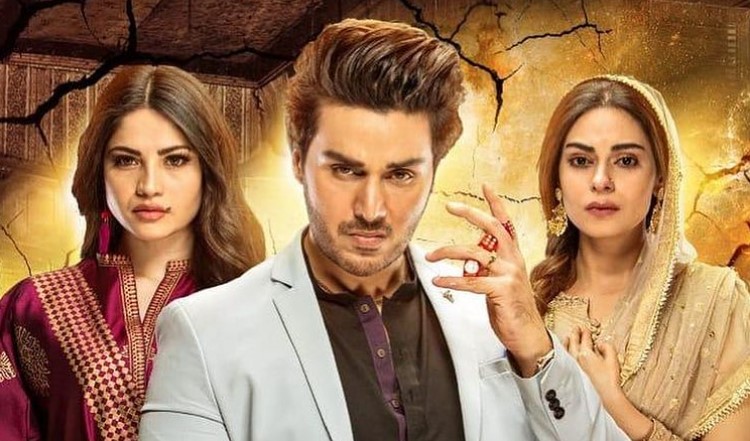 KARACHI: Multiple Pakistani dramas are in the pipeline to launch in the coming weeks. The list is long and we’re eager to see how those stories unfold as all of them look promising. One recent narrative that went on air earlier this week is the Ahsan Khan-starrer Qayamat. It features an incredible cast including Neelam Muneer, Amar Khan, Shabbir Jan, Noor ul Hassan, Saba Faisal, Kinza Malik and Haris Waheed. All of them delivered promising performances as the drama opened on Tuesday. Ahsan Khan was effortless as the careless and self-centred Rashid in episode 1 of Qayamat.

It has been a while viewers saw Ahsan Khan in a role that left an impact. What was missing after Udaari seems to have found its place back on our TV screens. He plays the anti-hero in Qayamat with finesse and it is a treat to watch. Amar and Neelam have refreshing roles to offer too, while veteran actor Shabbir Jan’s powerful portrayal is worth applauding. He plays Ahsan Khan’s father. Knowing his son’s flaws, lack of education and character, he advises his wife to look at her son before finding a girl for him. This is one of the most important things to consider that we, as a society, lack at.

Speaking of the women in the play, Neelam plays a strong-headed young woman who doesn’t shy away from speaking her mind. Amar, on the other hand, is hesitant but carries herself with grace. She aspires to do something a son would have if her parents had one. Their mother, played by Kinza Malik, seems to be an open-minded woman who doesn’t react when she learns a guy is interested to send a marriage proposal for her elder daughter. Their father (Noor ul Hassan) is proud of his daughters and their capabilities.

Though love and marriage are at the heart of Qayamat, there is more to these individuals. The character arcs look strong as each one of them has a story to tell. The sets, treatment and execution are very vibrant and grand. Kudos to writer Sarwat Nazeer, director Ali Faizan and producers Abdullah Kadwani and Asad Qureshi. The first episode that aired on Tuesday has generated high ratings too. Let’s see what the upcoming episodes hold in store for viewers.