Mahira recently shared pictures from the film's set in Lahore, announcing that viewers will get to see their hard work on their screen soon 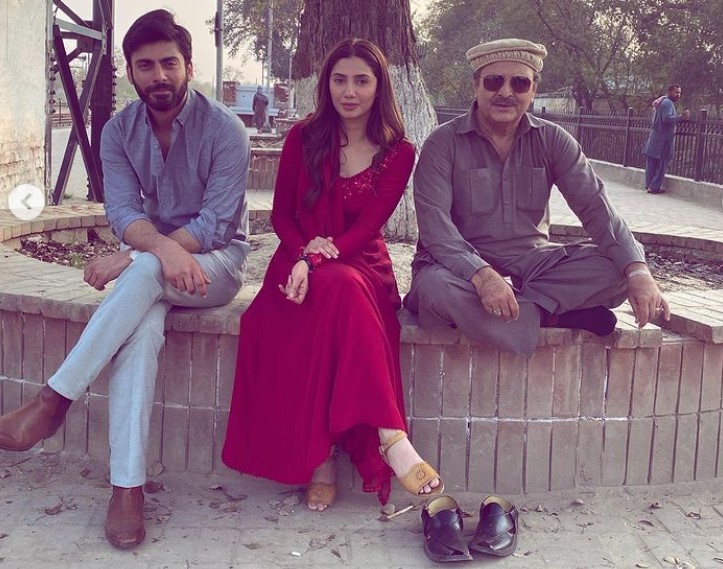 KARACHI: Having won millions of hearts with their chemistry in drama serial Humsafar, Mahira Khan and Fawad Khan are two names synonymous with stardom. Whether they are regularly appearing onscreen (or social media) or not, their star power remains there. Viewers wish to see them sharing the screen and this materialized when The Legend of Maula Jatt was announced but that has been long delayed. However, there is another upcoming film featuring Mahira Khan and Fawad Khan opposite each other.

Titled Neelofar, the film’s shoot recently wrapped up in Lahore. Mahira Khan took to social media to share the news, with some beautiful pictures with the cast and crew.

“It’s a wraaaaappp,” she wrote.

“I take with me a piece of you.. leaving a bit of my soul with you. My darling 𝓝𝓮𝓮𝓵𝓸𝓯𝓪𝓻, I shall miss you, oh so much,” wrote Mahira, who recently made it to BBC’s Top 100 Women 2020. “Here is a shout out to all those who worked on this film. Each and every one of them put their heart and soul in it. Can’t wait for all of you to see our hard work and love on your screens soon. Ameen.”

In addition to The Legend of Maula Jatt and Neelofar that stars Mahira Khan and Fawad Khan, the former will be seen in another upcoming film. Mahira is all set to share the screen with Fahad Mustafa in Nabeel Qureshi’s highly anticipated Quaid e Azam Zindabad that is likely to be the first film to release once cinemas reopen. 2021 seems to be the year when fans will finally get to see Mahira Khan and Fawad Khan together on the big screen.