Game of Thrones is getting a prequel very soon

The show ended on a rather sour note, with plenty of areas left unexplained, and the upcoming prequel might just explore those loose ends 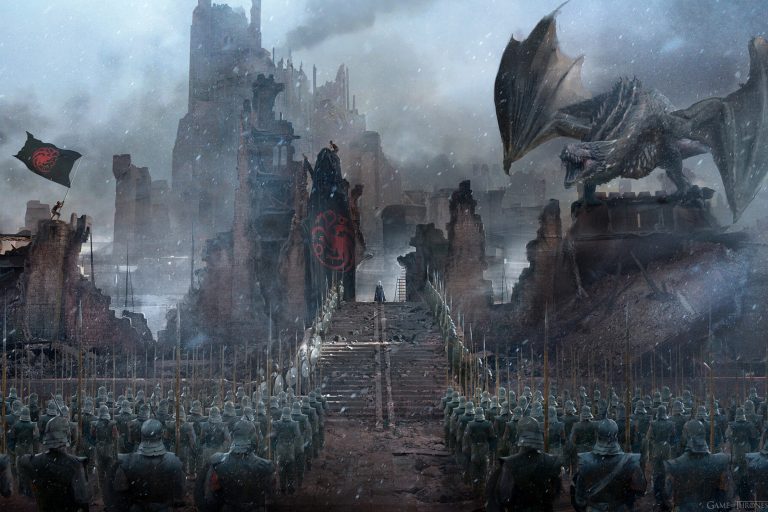 KARACHI: Is the grand musical theme by Ramin Djwadi replaying in your heads yet? Because the grandiose is coming back shortly: a Game of Thrones prequel is in the pipeline. The story of this show will be set 300 years before the events of Game of Thrones, focusing on how the House Targaryen came to Westeros from their homeland in Valyria. Their rise to power and Westeros under Targaryen rule will be major plotlines of the story.

House of the Dragon begins production in 2021.

Posted by Game of Thrones on Thursday, December 3, 2020

The creators of the prequel

Geroge R R Martin and Ryan Condal will be co-creators for the series. Condal will also pair with Miguel Sapochnik as the showrunner, with the two also serving as executive producers with Vince Gerardis and Martin.

Sapochnik has earlier directed six episodes for Game of Thrones and has also received an Emmy and DGA honors for one of the show’s most detailed and intricately curated episodes, Battle of the Bastards.

He was also nominated for an Emmy after he directed The Long Night and won an Emmy for the Best Drama series as the executive producer for the show’s last season.

The show will kick off as King Viserys Targaryen takes the throne. A role that will be played by Paddy Considine.

King Viserys, a warm and kindhearted man is chosen by the lords of Westeros to succeed King Jaehaerys Targaryen at Harrenhal. Will he prove a weak king? Because all good-hearted people in Game of Thrones have been defeated by the throne.

Game of Thrones has a lot of easter eggs for its prequel. An etched with smog Harrenhall, the Battle of Bastards, a namesake of an earlier battle that occurred when the Targaryens were in power. ‘A Dance with The Dragons’, which was the fifth novel of the fantasy, was named after a civil war of succession that occurred between Aegon II and his half-sister Rhaenyra over their father Viserys I’s throne. Fought between 129 AC to 131 AC, the war saw the deaths of both rival monarchs leading to Rhaenyra’s son Aegon III being crowned. Fans hope to see the events of this battle unfold.

Will the White Walkers come back to haunt us?

No. As it would appear, the sightings of White Walkers only happened just before the events of the War of the Five Kings. They had not been seen for about eight thousand years before the starting events of The Game of Thrones, dealt with Bran Stark the builder, who built the wall of ice to keep White Walkers out of Westeros, and in the ‘Land of Always Winter’.

The show’s primary focus might simply be on the politics and the hunger for power and control instead of the events from the upper north of Winterfell. But you never know. Just as unpredictable the first few seasons of Game of Thrones have been, we cannot be fully certain that George R R Martin will not surprise us.

The show will be released on HBO and HBO max. A date for the release of the upcoming show is yet to be announced.