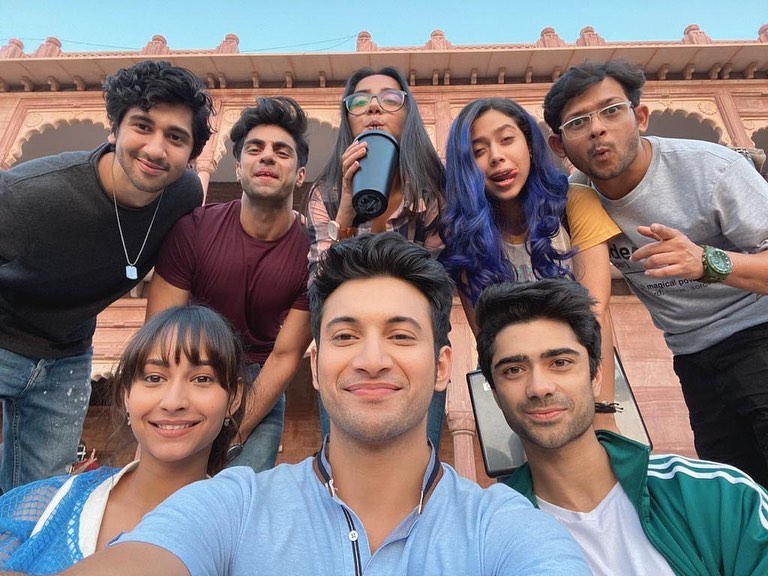 KARACHI: Unless you are living under a rock, you must have heard about the new Netflix series, Mismatched. Currently trending on number 2 in Pakistan, the show narrates a simple love story of two teenagers. However, Rohit Saraf’s (who plays the lead of Rishi) looks and charm are not the only reasons the show has been getting attention. While the love story itself is a predictable one and offers little variation from what we have already seen in numerous other shows, its representation of girls is what has particularly caught our attention.

Played by Prajakta Koli, Dimple’s character challenges gender stereotypes from the very first scene. Being a 17-year-old living in India, Dimple of course has a mother who is obsessed with her daughter’s marriage. She expects Dimple to put on makeup, focus on her physical appearance, and most definitely work on making her complexion lighter. However, Dimple has her priorities set straight. Not only is she a minor who does not want to get married anytime soon, but she is also a coding enthusiast who dreams of becoming a coder one day. Dimple is also very good at what she does and she turns out to be the best student at the Programming course that she enrols in. She also plays video games and is better than any male opponent who challenges her.

Divyani Shorey plays the role of Rishi’s childhood best friend, Namrata. However, she has her own story to narrate and is perhaps the bravest character in the show. Halfway through Mismatched, it becomes clear that Namrata is a lesbian who has started to fall for a friend. Being a Hindu girl in her teens who lives in India and is attracted to women is most definitely not easy. Living in Pakistan, we know how homosexuals are treated and the issues that they have to face. Society is quick to ridicule and marginalize anyone who dares to deviate from their set of cultural and moral values. Namrata’s character, however, has the courage to recognise and accept who she is. Even though Rishi is the only one who she shares her secret with, she does not try to change herself to fit in or pretend like she is heterosexual. At an age when most teenagers are struggling with identity, Namrata knows who she is and does not hide behind masks.

She has blue hair, rides a bike and is Dimple’s super fun roommate. Played by Muskkan Jafferi, Celina has her own secrets, like everyone else. She pretends to be the daughter of a brigadier to fit in with the rich kids, but this 17-year-old knows the importance of financial independence and providing for herself. In order to not be a burden on her parents, Celina juggles between being a student during the day and a food delivery person at night.

The first season of Mismatched on Netflix was rather brief but has everyone talking about it for one reason or another. The show also has fans desperately waiting for season 2 to be announced.