Available on See Prime's YouTube channel, it delves into the mystery-thriller genre 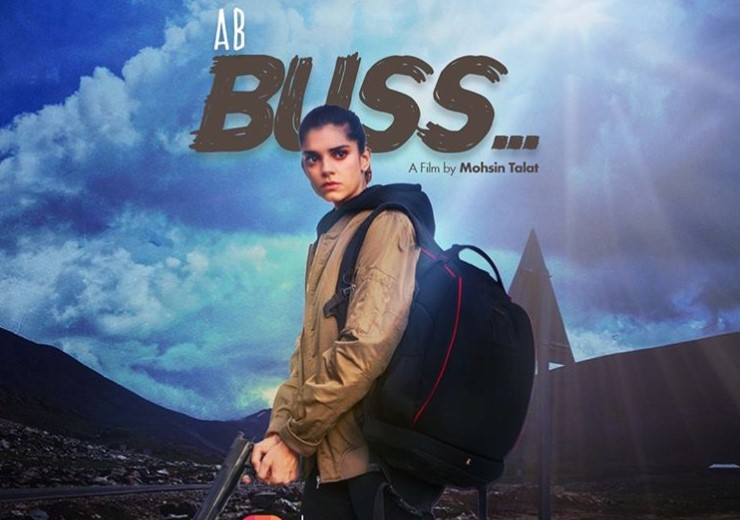 KARACHI: Pakistan’s own digital platform, See Prime has been creating diverse content lately. The short films releasing under the initiative are exploring a variety of genres and themes. Some recent releases include Furqan Qureshi-starrer Positive and Yaisr Nawaz-starrer Ustad. The latest addition to the list is Sanam Saeed-starrer Ab Buss, directed by Mohsin Talat. The film takes references from the horrendous Lahore Motorway incident that took place earlier this year.

The film’s poster came out earlier this week followed by its trailer. With Sanam Saeed headling the project, the short film released on See Prime’s YouTube channel over the weekend.

Ab Buss explores the mystery-thriller genre and brilliantly attaches it with a very strong cause. The film reflects on the idea of how unsafe a woman is in this country, given the incidents dominating the news every now and then. It keeps one curious till the end with a sudden, unexpected twist. Sanam is effortless as always while director Mohsin Talat also makes an appearance in the short.

However, the poster and cinematography is unappealing. In fact, the poster is partially misleading given its backdrop. One sees a lot of room for improvement there but the narrative is crisp and unpredictable. The ten-minute short is out now and we do not want to give any spoilers as yet.

Speaking of Sanam Saeed, the actress is gearing up for her next big-screen project as well. Titled Ishrat Made In China, it features her opposite Moheb Mirza in addition to an ensemble cast.