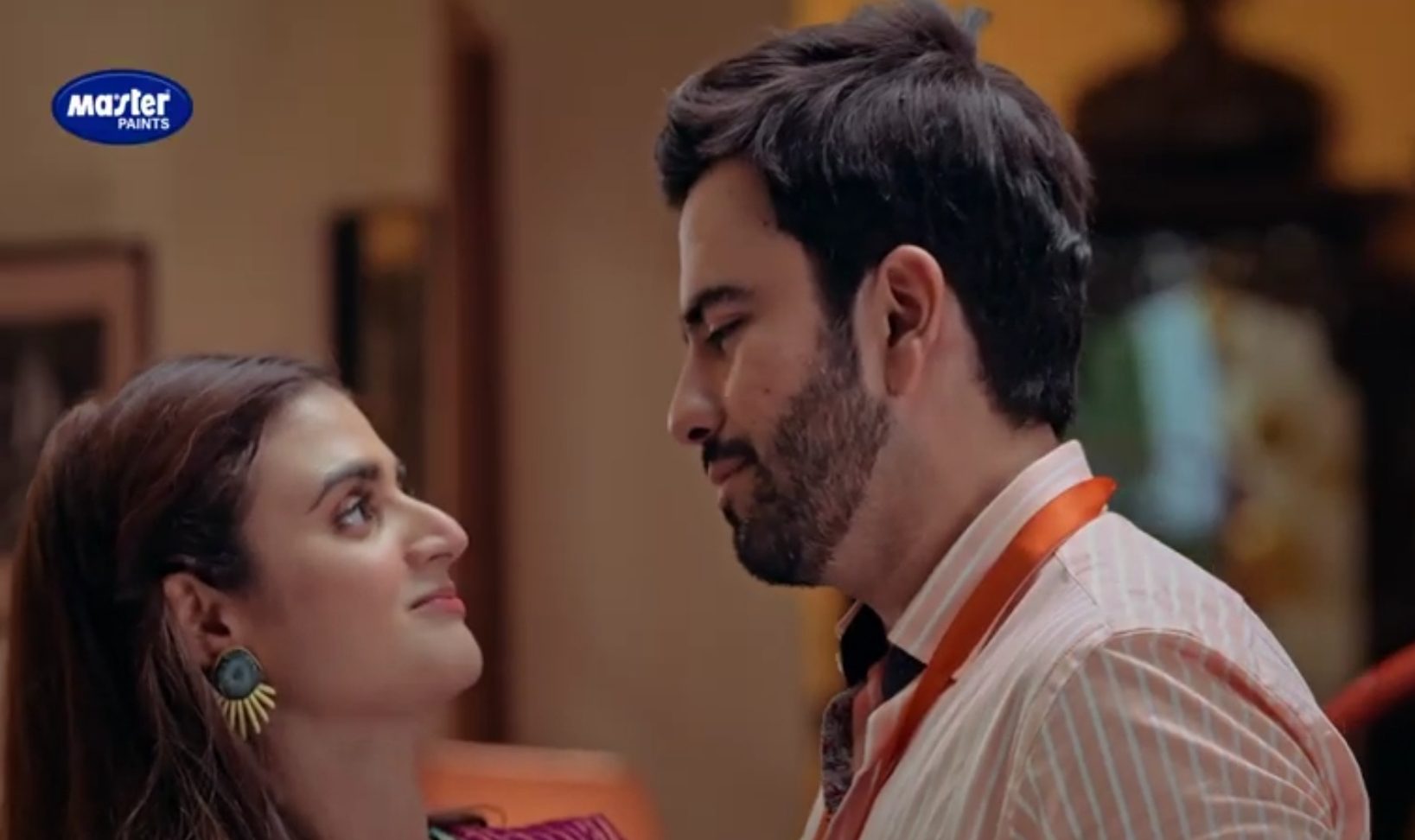 KARACHI: After winning hearts with the recently concluded Kashf, Junaid Khan and Hira Mani are back on our TV screens. The two are starring together in new drama serial, Mohabbatein Chahatein that went on air last night. As the teaser suggested, Junaid and Hira are paired opposite each other and play a married couple. They also have a son and live a happy life that many around them envy. However, the first episode subtly touched issues confronting them and those they are related to.

Junaid as Faraz and Hira as Sneha are madly in love. And it’s the exact opposite in case of Faraz’s friend Kamil (Tipu Sharif) and his wife Tara. Armeena Khan returns to the small screen as Tara in Mohabbatein Chahatein. Unforunately, she is not that convincing though.

Coming back to the narrative, Tara is a bitter woman and is a spoilsport. She flaunts her money and possessions to make Sneha feel lesser. Sneha’s friend Mona (Fatima Zara Mallick) and her sister in law (Ghana Ali) also seem to envy Sneha and her bond with her husband.

What did you think of the first episode of #mohabbateinchahatein? ❤️💫 #Tara @humtvpakistanofficial

While we enjoy the little, sweet moments between Faraz and Sneha, there is something beyond that. Faraz feels embarrassed that he is unable to give a luxurious life to his wife and son. His friend Kamil, on the other hand, longs for a loving relationship that money can’t buy. The conversations between the two are so real, a lot of men can relate to them. They talk about how insecure their wives can get and how to deal with that to keep the relationship intact.

Junaid Khan and Hira Mani deliver promising performances, as natural as they could be. Mohabbatein Chahatein does seem to be one drama we would be following in the coming weeks.