All you need to know about Money Heist season 5

Money Heist is renewing for its 5th season confirmed by the show's creator. But when will it be available on Netflix? 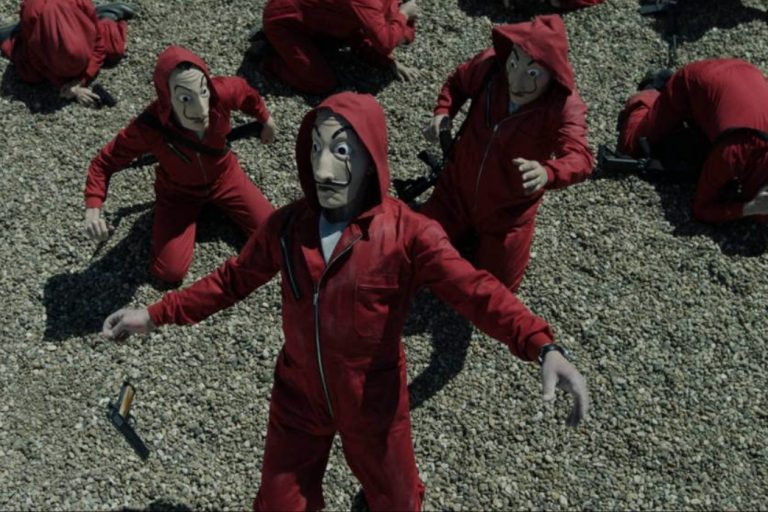 KARACHI: Fans have been speculating the return of the globally acclaimed show, Money Heist. The last season ended on a cliff hanger and with a number of unanswered questions. Season 5 is hopefully going to unravel these mysteries as the story will finally come to end in this season. (Spoilers ahead.)

The fourth season was packed with action and gore than any of the shows previous seasons. While a number of viewers believed season 4 to be the conclusive one, the last episode ended with a gun being held to Professor’s head, booking the viewers yet again for something more.

The creator of the show, Alex Pina recently posted a picture on Instagram, revealing Money Heist all set to be renewed for season 5.

The caption has been translated to English with the help of Google Translate, and it reads, “Writing La Casa de Papel 5. Maybe someone identifies that shirt I’m wearing with which Tokyo was named. But it’s not like that. Since then, every time I see a Tokyo shirt, I buy it, but the genuine one, the authentic one that he wore on the day of his christening is the one in the second image.”

We do not know yet what the release date is, but the confirmation of the show’s renewal for season 5 has come after three months since the release of the previous season of Money Heist. Pina has promised the next chapter will show more extreme action as the war reaches a newer height. “The war reaches its most extreme and savage levels, but it is also the most epic and exciting season,” he said.

“We’ve spent almost a year thinking about how to break up the band. How to put the Professor on the ropes,” Speaking to The Hollywood Reporter he said. “How to get into situations that are irreversible for many characters. The result is the fifth part of La Casa de Papel.”

Read: These are the Netflix movies and TV shows everyone’s watching in Pakistan right now

As his caption suggests, Alex Pina will be on board for the upcoming installment, however, it is still unclear whether he will be in for scripting just one or two episodes or the whole season. The creator was credited as one of the writers on all episodes till season 3, however, he was named a writer for any of season 4’s episodes. We have yet to see how he has contributed to the show this time.