Based on nurse Mildred Ratched from One Flew Over The Cuckoo's Nest, the show gives its protagonist a new direction and a whole bunch of new layers 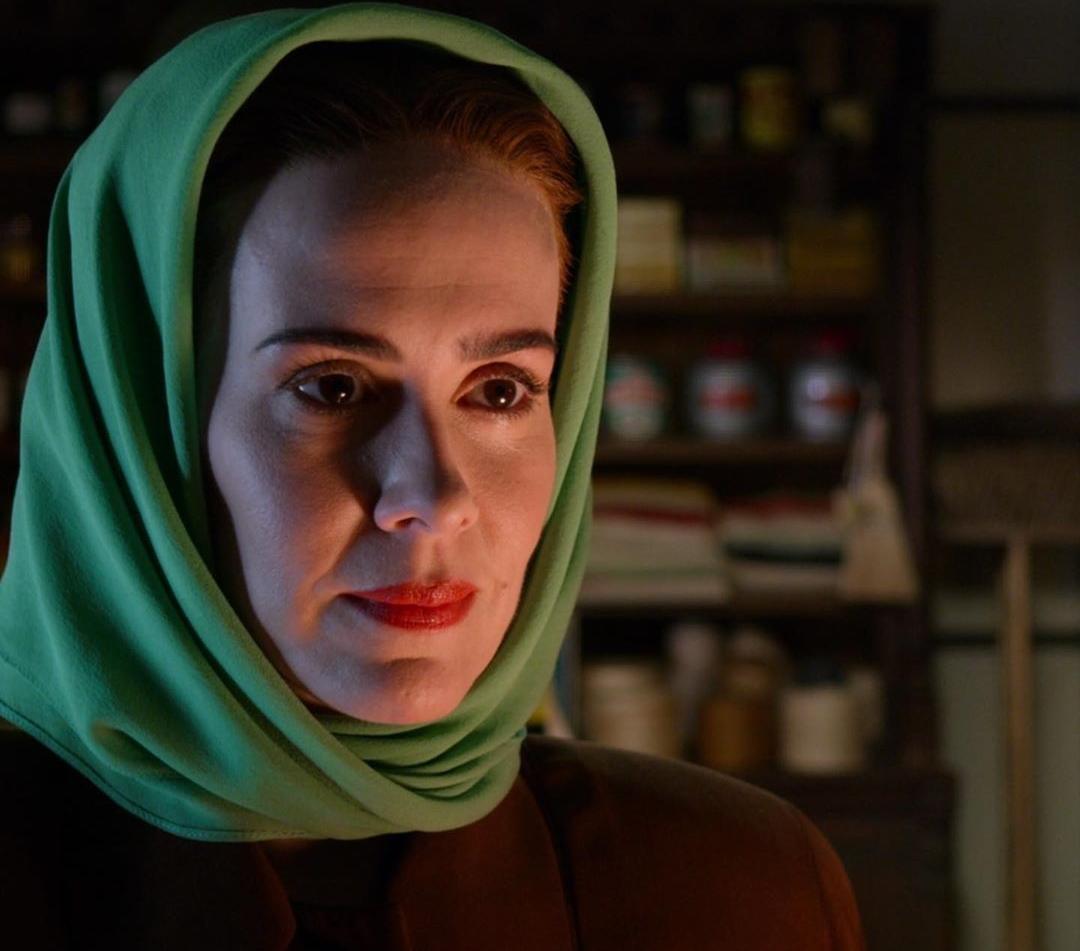 KARACHI: A nurse who kills people like you and I kill mosquitos during Karachi’s winter is definitely shocking. However, what’s more shocking is the fact that as the show progresses you begin to understand her motivation for having the unempathetic, cold, and hard exterior she has. Strangely, you don’t want her to suffer. Currently, number 1 on Netflix and the biggest rollercoaster of “Wait.. what?” Ratched (7.5 – IMDb) is another jewel in the crown for Netflix.

A stellar creation born out of Ryan Murphy and Evan Romansky’s collaboration, the show is nothing short of a macabre illustration of how ghastly the first few years of mental health could have been when lobotomy was a go-to treatment. The first season has recently ended on a cliffhanger, and we cannot wait for the next one. However, there are a number of things that are worthy of a good breakdown for their attention to detail.

The series employs some of the most noteworthy actors who impressively take the story forward. Ratched appoints Sarah Paulson and Finn Wittrock in lead roles as siblings whose actions unfold the plot. The show also stars Cynthia Nixon, a Primetime Emmy Award winner as Gwendolyn, Mildred’s love interest.

Another notable cast member is Corey Stoll who plays Charles Wainright. Stoll is known for his role as Darren Cross in the MCU film, Ant-Man. Another star that is studded to this series is BAFTA award winner Judy Davis who plays Nurse Bucket, Mildred’s former rival, who soon becomes her friend (Yay to female friendships!)

The series starts with the audience wondering how wretched a person could be. Based on the character of Mildred Ratched from One Flew Over the Cuckoo’s Nest, people have but low expectations of empathy, but none of us sat down imagining her to be homicidal and this easygoing with her darkness in her origin story on Netflix. The show unravels her sadistic tendencies as it moves forward but it does not reveal until the last couple of episodes as to what made the siblings so messed up in their heads.

The show tries to deal with the subject of closeted sexuality as well, as Mildred comes to terms with her own and finally accepts her feelings for Gwendolyn. Her character takes a slow transition from a full-fledged homophobe to someone who decides to help patients labelled with “gender dysphoria” and then ultimately, accepting her own feelings towards the same sex. The character arc seems wonderful, but it sometimes leaves you wondering why must a character in her position only empathize with lesbians only when she herself turns out to be one?

It’s alright to be nervous.

Throughout the show, we see Mildred obsessing over saving her brother from punishment. She later comes to accept the fact that he cannot be saved and decides to “show mercy”. That is when the show delves into the subject of the ethics that concern the process of euthanization. When and how does it become okay to take your own life? How desperate is a person when they decide to take their own life? The series brings several flashbacks from Mildred’s time during WWII and her idea of “mercy” where she is euthanizing soldiers because she genuinely wants to help put them out of their misery.

The premise of the show is set by Mildred’s dialogue, “He wasn’t born a monster. Somebody turned him into one,” where she is defending her brother, Edmund, who has been accused of multiple murders of pastors. Finn Wittrock’s Edmund smiles as he kills with ease, often deriving pleasure from the act, but at the same time turns away when he sees a chicken’s neck get twisted. It really adds on to his layers and motivations living under the skin of the character he plays. Edmund Wittrock puts on the serial killer persona of Edmund with such ease that he makes it difficult for you to see him as a regular person in real life.

If looks could kill… Friday.

Another character stuck in our head, and will hopefully be reappearing by next season, is that of Charlotte Wells. Struck by trauma after her encounter with racist bullies, Charlotte serves as a window into the treatment of African Americans before the civil rights movement. The actress plays all her personalities so effortlessly, it makes the hair on the back of your neck stand in a salute.

Don’t you dare talk to me.

The Look and Feel

The series transports you to the late 40s, America. The colour palette hugely compliments the era with its warm tones. There are several switches from earthy vintage tones to greens, sometimes subtle and sometimes sudden using lighting to incite enigma.

While the cinematography under the supervision of Nelson Cragg is nothing but ravishing, the music score has its own character in the series. what really drags its audiences back to the noir films of the 50s though, is its production design and costumes.

“Ryan wanted it to look very Northern Californian, with a lot of dark wood and very Hitchcock in a way,” noted Judy Becker, the production designer according to a report from The Credits.

She also mentioned, “I’m always interested in what directors are referencing as a look. Ryan mentioned Hitchcock and the movies he made that were placed in Northern California like the opening driving shot to Psycho.” With scorching and sharp light piercing through the curtains in foggy rooms that hold their own dark secrets, the series literally makes it seem like Alfred Hitchcock came to 2020 and conceived it.

The music is orchestral and organic. It really does give a fuller feel of the period drama. The opening theme itself is Danse Macabre, Op, 40 by Camille Saint-Saens, that leaves you discomforted yet hooked from the very start of each episode.

Emmy award-winner Mac Quayle, who composed the score, took inspiration from the 1962 horror film Cape Fear. Cape Fear’s soundtrack was composed by film music trailblazer Bernard Hermann and altered a little by another iconic composer, Elmer Bernstein, for its remake in 1991. While Mac Quayle borrowed some passages from the original scores he ultimately conceives his own Cape Fear score-inspired original music for the series.

The music makes use of French horns and shrill notes produced out of old school woodwind instruments coupled with strums of tense strings plucked on mostly diminished scales, although there are a few minors in there too. The horror this music creates goes on throughout the series and keeps you on your toes. The foley is loud and crisp, making you feel every wet knife stab and every tap of Mildred’s high heels.

In conclusion, the series may be a new dawn of villains that are strong female characters, with justifiable motivations humanizing them with intelligent arcs. If you haven’t watched Ratched on Netflix as yet, do it now!