The couple represented Pakistan at the Green Carpet Fashion Awards 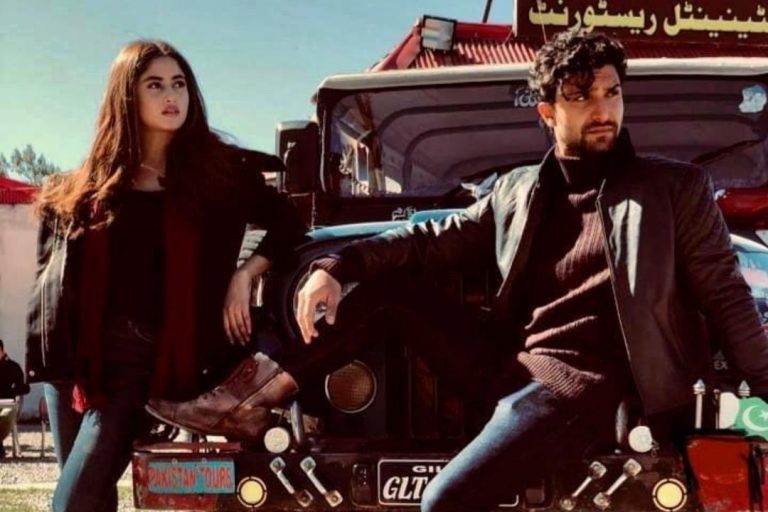 KARACHI: In the new normal, artists all over the world have had to rethink and redesign public events. Be it concerts, music awards or television awards, many events have gone digital this year. The local and international fashion industries, too, have adapted to new methods. The latest fashion event to go digital was the Green Carpet Fashion Awards 2020. Two local stars to represent Pakistan on the international platform were none other than Sajal Aly and Ahad Raza.

I am proud to support and be a part of the prestigious Green Carpet Fashion Awards 2020 hosted by none other than @robertdowneyjr. See you there with all your favorite international stars! Check timings on story! @robertdowneyjr @ecoage @cameramoda #GCFAItalia

“I am proud to support and be a part of the prestigious Green Carpet Fashion Awards 2020 hosted by none other than @robertdowneyjr. See you there with all your favourite international stars!” Raza announced on his Instagram. Sajal Aly, too, shared the news on the same platform and was seen wearing her wedding dress at the virtual event in order to support sustainable fashion. “If you love something, wear it again & again”, she urged her followers. 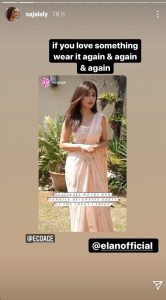 Aired on October 10, Robert Downey Jr. introduced the award ceremony as the “first event to use augmented reality, film, digital and holograms within its presentation,” adding to its already unique approach towards fashion and lifestyle. “Fashion is as artistic as poetry and as influential as politics. What we wear speaks to who we are and what we believe in,” Jr. opened the show on an inspiring note. The event itself aimed to send a message of change and focused on rebirth and solidarity needed for environmental and social justice.

How do you transform @teatroallascala into a magical mix of visual FX, holograms and animation? ⁣Ahead of the Green Carpet Fashion Awards, @megantldoyle spoke to the team behind the show to find out how the production came together. ⁣ ⁣ Directed by @giotesti and produced by @pulsefilmsitalia and @tendercapitalproductions, the breathtaking show was designed by @NorthHouse__ and featured with some of the world’s leading talent and opinion formers appearing as holograms thanks to @arhtmedia.⁣ ⁣ Read the interview via link in bio 💚 And watch the show back on Sky On Demand and Now TV ✨

The awards were distributed amongst five categories, out of which Zendaya picked up the GCFA Visionary Award based on the inclusivity and diversity that she has brought to the fashion industry. To accept the honour, Zendaya collaborated with stylist Law Roach for a vintage Versace gown in chocolate brown, first worn by model Anna K on the autumn/winter 1996 runway during the year of Zendaya’s birth. The other four awards focused on the people who work behind the scenes to create fashion’s handprint including tailours, cobblers, embroideries, and pattern makers, as opposed to big mainstream brands that typically dominate award shows.

The winner of the GCFA Visionary Award at #GCFAItalia 💚 @zendaya said in her speech :“ […] I am so excited for the future of this industry and all the beautiful things we have yet still to accomplish! “. The winner of this year’s edition not only has long been leading the charge to increase both inclusivity and diversity in fashion, but she has persevered in how she can personally make a difference in the industry, using her platform as an actress and as a creative, to open doors and give a voice to those who otherwise would not be able to showcase their talent. great leaders, for a great future for the industry of fashion! #GCFAItalia ♻️🌱🇮🇹👗 @ecoage @italymfa @itatradeagency