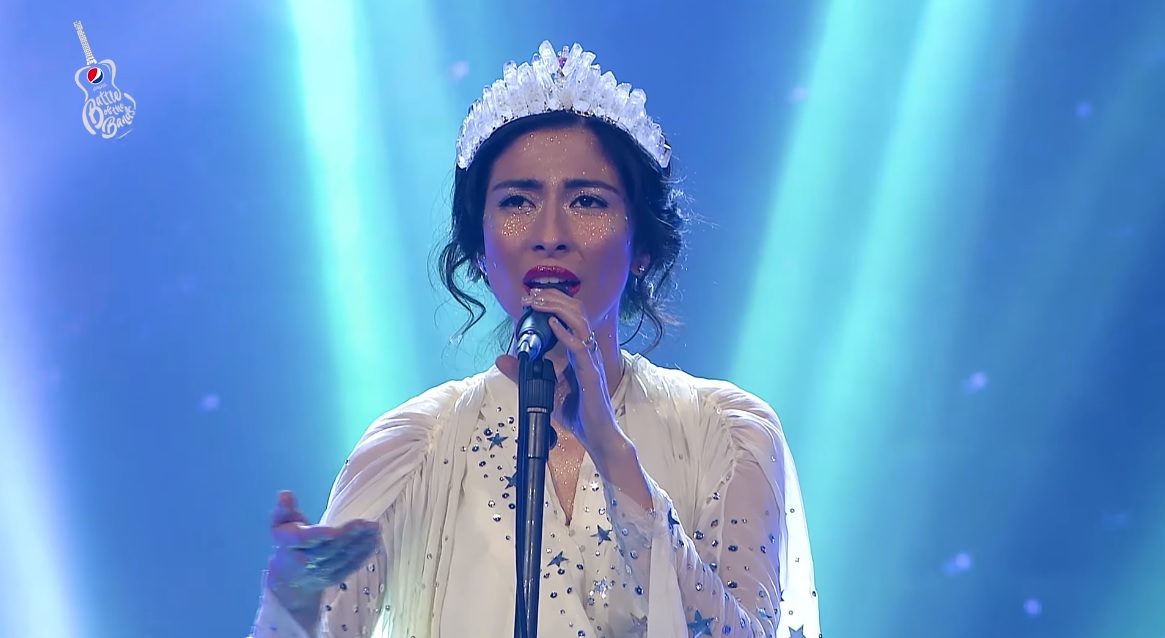 Source: Pepsi Battle of The Bands

KARACHI: Meesha Shafi is well known for using her voice to stand up for herself and many others and is widely seen as an empowering icon by many. But because of the recent release of a new track with Abdullah Siddiqui, called ‘Magenta Cyan’, we are revisiting Meesha Shafi and her music today.

meesha shafi's voice has something so unique about it, something so powerful about it. something so memorable. it sticks with you, it stays with you when she sings. dil se awaaz aati hai inki, aur dil pe hi zor se lagti hai. tu waqayi mein aasmaan hai. 🥺 @itsmeeshashafi pic.twitter.com/u9D1Av9Oez

After watching her perform at the Battle of the Bands, one could feel ethereally connecting to her music. Here are some of her performances that must be heard, on repeat.

The song is not just something that one enjoys listening to, but also watching. The performance created a unique atmosphere and the backing vocals by Sherry Khattak just added to it. The best part is, not only does the song look and sound majestic, but the lyrics are all about exploring individuality and self-discovery.

This song went viral soon after she went through the exhaustion of opening up about sexual harassment and becoming a victim of cyber-bullying. The choreography intelligently depicts just that idea.

The same song was cleverly used in a sequence of Churails, Asim Abbasi’s recent web series.

There’s this one scene in churails which has Meesha Shafi’s “Main” as the background sound, and it replays on loop in my brain

Leela is another ethereal piece by Meesha Shafi. Her voice drifts into falsetto often, drowning the listener in the softness of the note from time to time. Towards the end, her voice goes from the caressing sweetness it extended to strong vocals harnessing her energy and might. Just like Mein, for this song as well, Sherry Khattak takes good care of the guitars, not simply creating soothing music but also giving the song its metronome.

The song oozes with power as is and then add Shafi’s powerful vocals to the mix and you have yourself a winner.

The song does not need any introduction for it was written by the pride of poetry himself, Faiz Ahmed Faiz. We live in a time where lyrics have become shallow and superficial. But this song painfully illustrates Faiz’s time in prison. A generation that has been detached from its classics, has no idea of how Faiz was charged with conspiracy to overthrow the government of Liaquat Ali Khan.

This poem speaks volumes about Faiz’s experiences of incarceration, separation, and longing. The suffering that gave his writing purpose is further made powerful by Meesha’s voice. The soundtrack is filled with pain; a clear depiction of the wasteland of solitude.

This iconic song was originally sung by Madam Noor Jehan. While the song makes you tap your feet, or straight up do a bhangra to the beats, it feels like a clap-back to every person who tried to diminish Meesha Shafi’s sparkle as she tried to stand up for herself. The song resonates with immense energy and her look definitely adds to the charm!

Speaker Phar is just another showcase of how powerful Shafi’s vocals are. The song talks about freedom of speech and the power one holds within. The song perhaps also reflects on how easy it is to cause widespread commotion in a society like ours.

When Meesha sings the following verse, “Ek sur hi lagaya tha, sarey speaker mainey phar diye,” she thoroughly inculcates the idea of how just one sentence out of your mouth can cause an uproar in a society which thrives on log kya kahenge (what will others say).