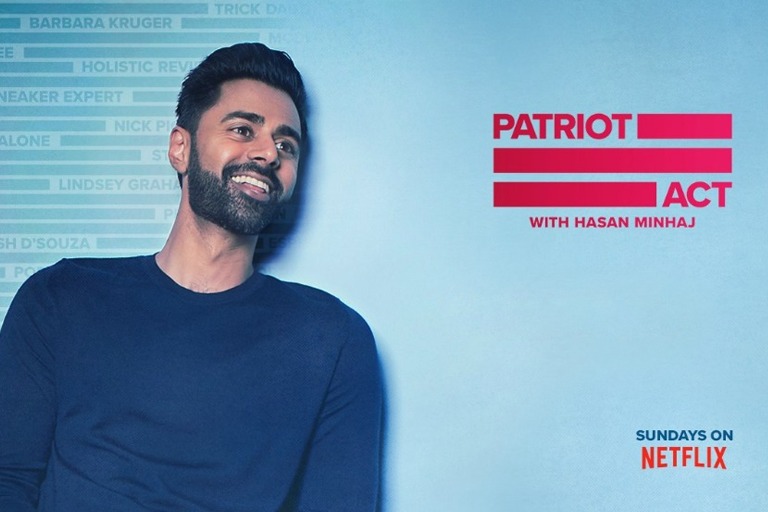 KARACHI: Less than 24 hours ago, Hasan Minhaj announced on Twitter that his Netflix show, Patriot Act, has come to an end. Ever since its release in October 2018, the show has run 39 episodes with the last episode aired in June 2020. Since the pandemic struck, Patriot Act was initially postponed and then resumed with episodes being recorded remotely. To say that fans are disappointed by the announcement would be an understatement.

What a run. @patriotact has come to an end. I got to work with the best writers, producers, researchers, and animators in the game. My 2 babies were born and grew up with the show. TY to @Netflix and everyone who watched. Now it’s time to return these screens to Best Buy 😎 pic.twitter.com/4s4TrsKWe6

Minhaj’s show was not only a social commentary on important issues such as racism, mental health and American politics, the comedian’s South Asian heritage made him represent an audience that Netflix may otherwise not cater to. Minhaj’s jokes about brown families and desi culture, along with his random snippets of Punjabi phrases, made his content relatable to large audiences across Pakistan, India and others.

Hasan is well on his way to becoming an Uncle. [Link in bio]

It is no secret that Minhaj is very vocal about his opinions and not afraid to speak his mind on topics that matter. Not long ago, he produced a monologue schooling desis on how they view Black people. Minhaj has also not allowed Americans to white-wash his name which many of them find difficult to pronounce, an issue he spoke about on The Ellen DeGeneres Show.

These rules have clearly gone way too far.

With the Netflix original being discontinued, fans, critics and his peers in the industry are worried about a loss of representation that Minhaj brought with him. According to Huffpost, Netflix has declined to comment on why the show has been cancelled. Only last year, Netflix also took down an episode of the show in which Minhaj criticized the Saudi government and the killing of Jamal khashoggi. The episode was removed from Netflix in Saudia Arabia in response to a report which said it violated a Saudi anti-cyber crime law.

This is a devastating loss, @netflix. What are you thinking?! @hasanminhaj’s @patriotact is more than a comedy show. It’s a fucking public service—incredibly watchable, hugely informative. This would be unacceptable even in normal times. https://t.co/A4ysgqIK21

This is devastating. @patriotact consistently spoke truth to power. It was insightful, aggressive & wickedly funny. I'm so thankful it ran for six seasons.

Thank you for @hasanminhaj and your entire team for raising the bar. https://t.co/6zcBlcC8zl

While the reason for the show’s cancellation remains unknown, a petition has already been going around collecting signatures in order to bring the show back. Will the artist resort to producing his own content in case Netflix does not revise its decision? His fans might hope so.