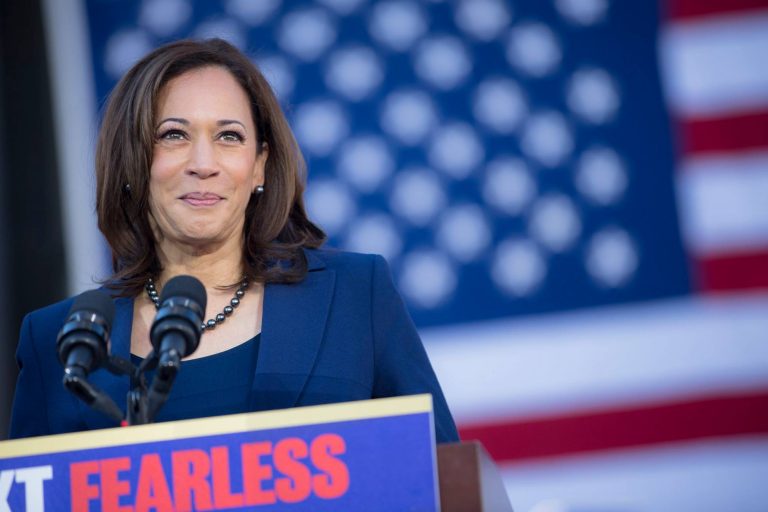 KARACHI: On Tuesday, Joe Biden announced Kamala Harris as his running mate for the upcoming Democratic National Convention 2020. If they win, Harris would not only be the first Black and the first Asian woman nominated for vice president, but also the first female VP of the United States.

Harris’ success would definitely be a historic moment for minorities and a celebration for women in politics, challenging the white supremacy that maintains the unfair distribution and exploitation of power by a selected few. Yet, a few concerns regarding Harris’ future as a female leader exist.

Read: 2018 Midterm Elections: US elects a number of first-ever candidates

Black women and women of color have long been underrepresented in elected office and in November we have an opportunity to change that. Let's get to work.https://t.co/aiVwuBrwqR

A quick recap of the 2016 U.S. presidential elections will remind us of how Hillary Clinton lost to Donald Trump despite her capabilities and qualifications. Clinton was also made subject to sexist remarks from Trump calling her ‘a nasty woman’ to comments about her physical appearance not sitting well with that of a president. Does that mean that voters (around the world) immediately associate a male figure with a position of power? Does Harris sit as a better choice for vice president, a supporting role for an otherwise stereotypical white male president?

I’ve known Senator @KamalaHarris for a long time. She is more than prepared for the job. She’s spent her career defending our Constitution and fighting for folks who need a fair shake. This is a good day for our country. Now let’s go win this thing. pic.twitter.com/duJhFhWp6g

At CNN’s 11th Democratic Debate, Biden said “There are a number of women who are qualified to be president tomorrow. I would pick a woman to be my vice president.” Biden’s comment makes one wonder why the world is still not ready for female leaders. Is it women’s qualifications that are holding them back from progress or the mindsets of people who do not want change?


Coming back to Trump, how is he going to react to Harris’ win, if it happens? Trump may no longer stay president but he would still be a white privileged man who has said and done problematic things throughout his political career. Would he spare Harris, specially after she has repeatedly spoken about Trump’s misconduct and use of power?

Finally, how much weight would Harris have to carry on her shoulders, not just as a female but a woman of colour? Let us not forget that the win might introduce the first black female vice president of the United States, but it will also reinforce the idea of a white male being in the highest position of power. Can Kamala Harris maintain a balance between representing the minorities and supporting her president? Time will tell.