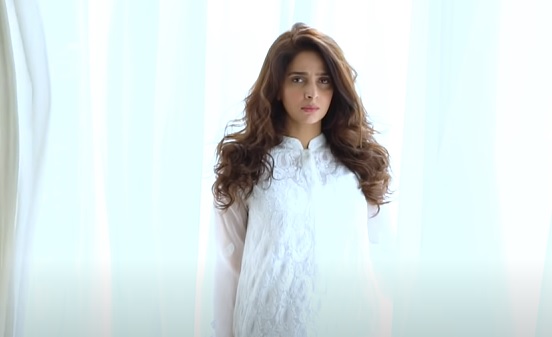 KARACHI: Saba Qamar has been using her YouTube channel to produce videos that would probably not find their way on TV or the big screen. As of late, she has been touching upon some interesting topics, such as sexism faced by women in the media.

Read: We’re just as tired of these sexist questions as Saba Qamar is

She has also been advocating for mental health awareness.

Here’s a little teaser of my first #YouTube Episode called “Isolation” releasing on Tuesday 8pm sharp! 🧿💥 Stay tuned, there's a lot coming your way Insha'Allah, I'm super excited to share this with all of you, can't wait for you guys to watch it!✨😍 https://youtu.be/6WZ7MYBBHGA

Her latest video, much like all the other videos that she has been posting, show her skills as a writer and a director. She laments the way human beings treat each other, with hatred and jealousy instead of compassion and empathy. The title of the video mentions the names of Sushant Singh, Anam Tanoli and Rushaan Farrukh, three lives lost to suicide in recent times.

She also asks why we don’t talk about depression more often and why words such as ‘psycho’, ‘malang’ and ‘pagal’ to alienate people suffering from mental health problems instead of trying to help them.

After actor Sushant Singh’s death, many actors have been advocating for kindness and discouraging people from cyber-bullying others. Mansha Pasha also recently took to her Instagram to encourage TV show hosts to stop pitting people against each other on talk shows and to stop ridiculing other members of the industry.