Gender roles in rock and roll: The women behind Pakistan’s music revolution

Natasha Noorani, Zahra Paracha, Munizeh Sanai and Sana Nasir on being at the forefront of the successful Lahore Music Meet as women 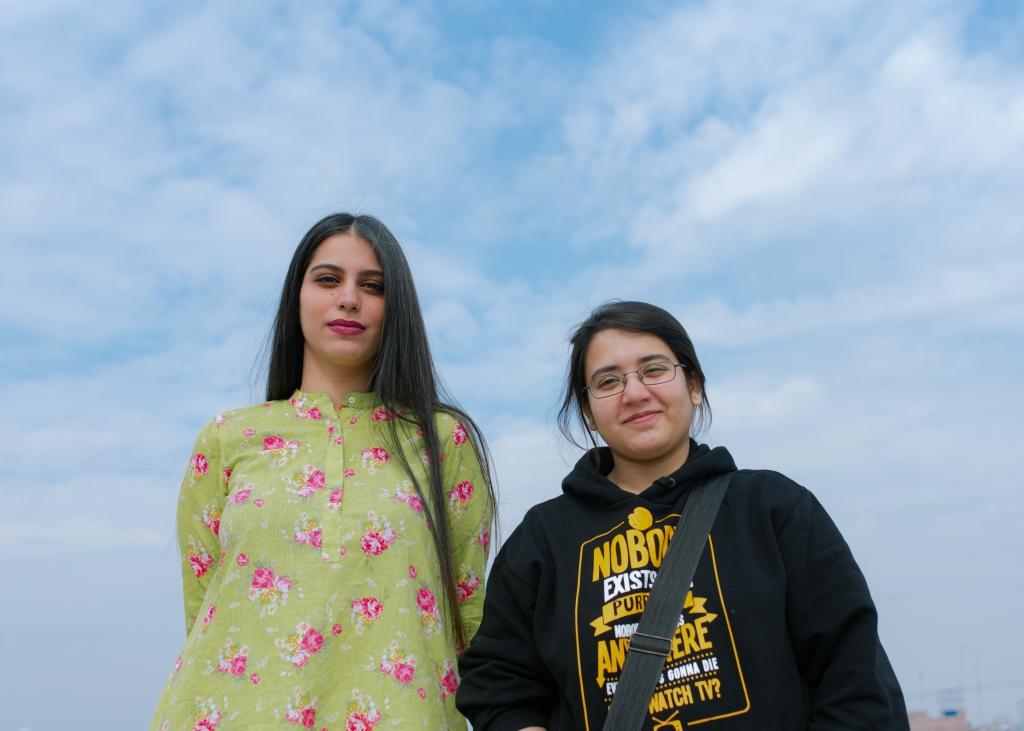 BERLIN: It’s sometimes tricky to talk about music in Pakistan because there are so many aspects that affect how we consume music and how our society in general feels about it. There is judgement, there is derogatory behaviour, there is self-righteousness. Music as an art form has struggled for years in our society even though it is such a huge part of our culture. But the rise in Islamisation and it’s lingering effects has left people tip-toeing around how they truly feel about music in public spaces. Similarly, Pakistan still struggles with women being in charge and their efforts to reclaim public spaces. So what happens, when women come together to direct and curate a music festival in Pakistan?

This year, Lahore Music Meet (LMM) saw its fifth year and as the festival grows bigger and bigger over time, Co-Founders Natasha Noorani and Zahra Paracha; Creative Director Munizeh Sanai and Art Director Sana Nasir share their experiences of what it’s like to be women in Pakistan working on a growing music festival and a nonprofit organisation that is LMM.

Read: Lahore Music Meet 2020: The music was great but the politics was even better

One of the biggest factors that affects LMM is the fact that currently, the music industry in Pakistan and institutions related to it are all male dominated. “While it has become easier over the years, it’s still not a welcoming environment,” says Natasha. She feels that the way the music industry currently functions is imperfect on a foundational level. In her career as a musician and a manager, there have been countless instances of being sidelined which led to the initial aim of creating a space where music can thrive and be celebrated in Pakistan. “The conversation around music in Pakistan in 2015 was exciting but so fragmented. It felt like the obvious thing to do,” says Natasha, “to create a festival designed for musicians and audiences to access each other in a non-orthodox concert/symposium environment.”

Along with being a co-founder, Zahra Paracha has also been in charge of the sound and musical part of LMM. She believes that music is already a sensitive topic in Pakistan and it comes as a shock to people when they are told that the organisers of this festival are women. And as women there are certain behaviours they must navigate to put on a successful show. In the early years of the festival, the focus for them was on the fact if a certain issue is not solved, how will they ever go on with the festival. But as the festival has grown over the years and has become more difficult to manage, the team is also more certain that LMM will happen. That’s a given.

“I understand that audio engineering is a very male dominated industry,” says Zahra. “There have been a lot of instances in the last five years where there have been artists and singers who have kind of spoken through me rather than to me because they were just like ‘humain sound walay say baat karni hai and I’m like oh hello I’m sound wali’.” According to Zahra, there are certain things that are difficult for the team that might be easier for men, such as conversations with the vendors, who don’t know how to talk to women because of how conservative society can be. There have been a number of such sexist instances, covert and overt, but for Zahra, the best part is having Natasha and Munizeh on the team to regroup with to discuss what they go through in the day and trouble-shoot together. And this is one of the main things that Zahra is grateful for in LMM as an organisation.

While talking about the woman-led team behind LMM, it is also important to mention the driving force and goals that inspired the festival, the goals of these Pakistani women that grew up in a society where creative expression has been limiting for women. “When I was a kid, I used to stay home a lot…it was difficult for me to get out for concerts or even attending [music] production classes. I used to imagine that if I had access to a lot of these things when I was much younger, I think I would have made a lot more progress at a younger age and I would have been further ahead than I am right now and this is something I used to think a lot about,” says Zahra. “So when I went ahead and did LMM with Natasha, I wondered that if I was a child, would I go to LMM?”

This year’s LMM was Munizeh Sanai’s third as the creative director. Her tasks include taking care of the programming of panel discussions and sessions, logistics, managing the space and making sure that guests are comfortable at the venue. Dealing with issues related to such logistics has been a challenge but not entirely affected by gender aspects. “Sure, there are definitely times that we that we think that certain conversations, certain relationships might be better between men but at this point there isn’t anything we haven’t been able to do so focusing on that is better than focusing on things that might not have happened because we haven’t had many men on the core team.” Says Munizeh.

As the festival has grown in the last five years, it is interesting to notice the growth of female musicians that take part in the festival every year. They come from various musical and artistic backgrounds and one gets to see women who have been in the industry for decades performing alongside those who bring new energy to LMM. “This year we had Naseebo Lal and you’re like wow, she’s actually been keeping this up in the face of adversity and here she is. What an energy to be around,” says Munizeh. “You can learn so much from her by just watching her.”

When it comes to the art direction of the festival, the theme of that has been inspired by femininity. Art Director Sana Nasir took to Facebook to share her design philosophy for LMM and chose a female character to represent the spirit of the festival, for which she has been questioned in the past. “‘Why a woman’? Because I find it important to illustrate women as much as possible in my work exactly for the misogynistic attitudes which lead to questions like these,” says Sana. She wishes to see more female representation and her art is her protest.

“In the LMM artwork of 2017, more than 90% of the characters I drew were women. I wanted to use this platform to create commentary on the gender imbalance in the music industry as well as the lack of women-friendly spaces. It’s a signal for women to take up space here,” says Sana. “In LMM 2018, one of the posters depicted an elderly lady reclining on a charpai, enjoying a cup of chai, and she was my depiction of a huggable, soft roundness of a grandmother. She was ours, she was of us, we were from her. So is the woman from this year’s artwork. In a society where women shrink themselves to not accidentally provoke judgment or violence, she unapologetically takes up space and performs,” she adds.

Presenting some super good looking merch we have in store for #LMM5! Grab everything at our stall on February 1st and 2nd before it runs out- Every rupee you spend helps in making this ABSOLUTELY FREE festival sustainable and successful. pic.twitter.com/3Ra7H8Zitd

Along with dealing with the patriarchy, there are a number of other obstacles the LMM team is faced with that at times, the team questions why they are doing this in the first place. But during the two-day festival, the team is showered with so much love. “During this LMM there were a couple of people who came up to me and gave me presents and it’s like…me? You’re giving me presents?…they don’t even know me but they connect with the idea of what I’m trying to put out… the idea of the festival,” says Zahra.

Sharing tips on what more Pakistani women can do to reclaim public spaces through art and music, Natasha advises women to work with other women. “I think part of what makes LMM such a fruitful experience for me is working with a team that is mostly made up of strong, inspiring women,” she says. “We’re able to take a more nuanced approach by taking into consideration everyone’s voice. It’s not easy and it’s not likely to get easier anytime soon so I would advise anyone looking to get into reclaiming public spaces and the entertainment industry in general to ensure that their cause/craft is what fuels them. Accolades and validation are unlikely to come your way so it’s important to breathe in all the intangible changes one is able to bring by pushing for what they really believe in,” says Natasha.

Adding to that sentiment, Munizeh believes that one has to stay strong to the core idea and message, which is bigger than everything and everyone in a certain space. This is something she felt after experiencing the recent attacks on the Aurat March in Islamabad when the march was met with violent male protesters. “What could have turned into something traumatic ended up being something that we worked through. We can survive anything and we will because it’s a part of who we are,” says Munizeh.

Though it takes a lot of resilience to deal with organising a festival of this scale, there have also been moments of magic for the team such as having Naseebo Lal headlining the festival earlier this year while also being able to showcase their own talents as curators of music, collaborations with partners and musicians. The motivation and driving force behind this festival, which has existed for five years now, is the manifestation of the idea to have an LMM. It is safe to say that women in this country are fighting the patriarchy in creative ways for the greater good for society to enjoy music, art, freedom of speech and the ability to unapologetically reclaim public spaces as women.