Women assemble in Lahore to protest violence against women 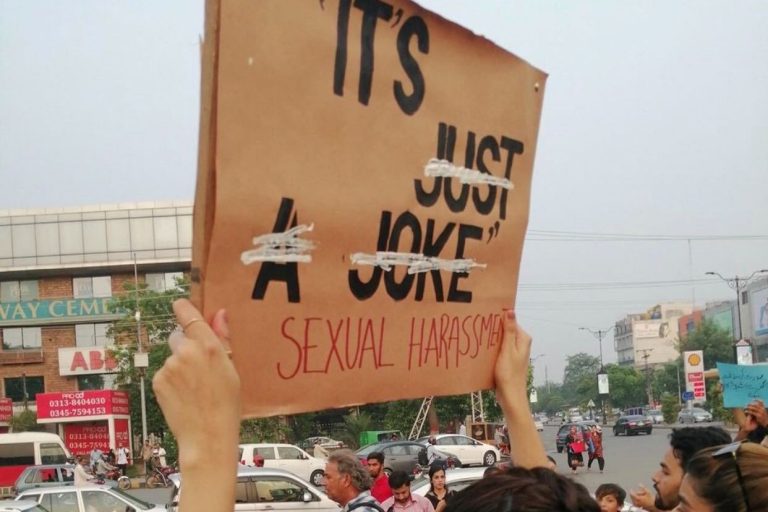 KARACHI: A number of women in Lahore took the streets to protest violence against women, a day after actor Mohsin Abbas Haider was accused of domestic violence. The protest was organised by Girls At Dhabas, a collective for women to reclaim public spaces and be able to make public appearances. They have often promoted the need for safe flow of women in and around the country without their ‘respectability’ being subject to it.

Earlier this week, Haider’s wife Fatema Sohail came out with allegations of abuse against her husband.

In the Facebook event page about Tuesday’s protest, it was stated, “For far too long, violence against women has been a systemic and pervasive problem among us. Domestic and intimate partner violence in particular has been relegated to hushed tones, discussed only as a private or family matter.” They hoped to organise this event as an instrument to raise a voice against this epidemic and to condemn all acts of violence on women.

The event was received well and the turnout was around 60-70 women – all assembling at Liberty Chowk in Lahore to demand justice and action against the perpetrators of this heinous act. The intentions behind this collective was to benefit the victims of this and prevent other women from falling victim to it by protesting for more government intervention on this matter preferably in the form of policy making against violence on women. 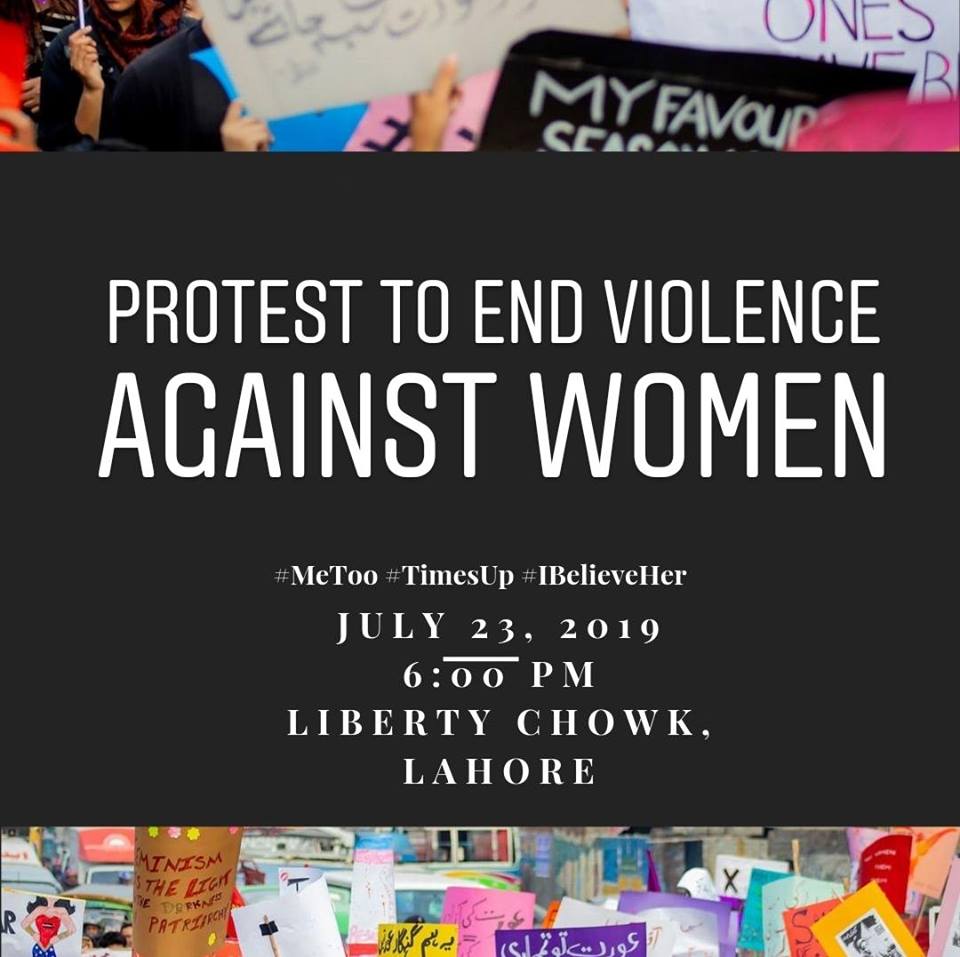 The protest was organised with a list of nine demands that included “Criminalisation of domestic violence through amendments to the Penal Code ” and “Prioritising the safety of women by allocating resources for setting up of Protection Centres and shelter homes as required under the 2016 Act.” Their demands predominantly reflected the necessity of legal policies that would be most effective of handling this issue and further providing women with the confidence of taking the right steps against their abuser without having to take extensive (and some what impossible for some) measures such as registering an FIR that requires a large sum of money on lawyers that might enable women to stay silent about the incident or force themselves to normalise it in their minds.

1. The Punjab Protection of Women against Violence Act 2016 should be notified across the province and the government fulfil its obligations under the Act including drafting of Rules as per section 28.
2. Criminalisation of domestic violence through amendments to the Penal Code.
3. Set up District Women Protection Committees as required under the 2016 Act.
4. Prioritising the safety of women by allocating resources for setting up of Protection Centres and shelter homes as required under the 2016 Act. So far the only Centre established in Multan has been languishing due to lack of funds and its staff has not been paid for a year.
5. The conditions and facilities in shelter homes across the country be drastically improved so that these are safe spaces for victims of domestic violence.
6. Dedicated, free helplines for victims of domestic abuse in all provinces to provide legal assistance and specialised emergency services to respond to cases where there is fear of physical safety of victims.
7. Adequate gender-specific training of medical personnel to enable them to identify victims of violence.
8. Gender sensitisation of law enforcement agencies and accountability for police officers if there is negligence of their duty to act urgently in matters of domestic violence.
9. Public, media, national awareness campaign against domestic violence and education regarding the law to encourage women to report cases. Inclusion of lessons on gender equality and non-violent behaviour in school curriculums.

We are proud of all the women who took part in this much-needed initiative and hope for a growing existence of organised protests on this issue around Pakistan in order to finally have a bill on violence on women (previously rejected in court) to finally be passed by the government.