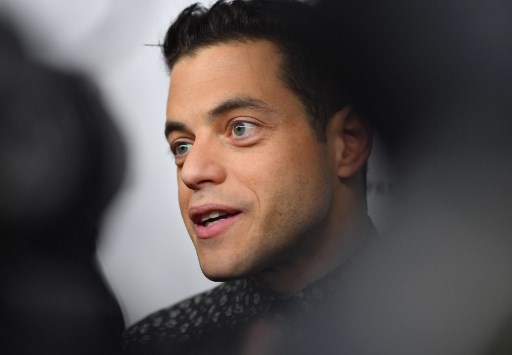 KARACHI: Oscar winning Bohemian Rhapsody star Rami Malek spoke about his role in the new James Bond film Bond 25. In an interview with The Mirror on Tuesday, he explained that upon being offered the role of the antagonist, he told director Cary Fukanaga he would only consider playing it one one condition: that the villain must not be a stereotypical Arabic-speaking terrorist who justifies his crimes through religiously motivated agenda.

“We cannot identify him with any act of terrorism reflecting an ideology or a religion. That’s not ­something I would entertain, so if that is why I am your choice then you can count me out’.  However, the filmmakers agreed to Rami’s request about the character as he continued, ‘But that was clearly not [director Cary Fukunaga’s] vision. So he’s a very different kind of terrorist.”

Read: Reliving the incredible life and tragedy of Freddie Mercury in ‘Bohemian Rhapsody’

The 38-year old actor has a deep sense of his Egyptian heritage and has in the past expressed his closeness to being an Arab-speaking Egyptian: “These are my people. I feel so gorgeously tied to the culture and the human beings that exist there.” In this way it was inherent for him to act responsibly in representing his people with as much accuracy as possible and without negative stereotypes.

Since the interview, he has received praise from Twitter fans:

I didn’t think it was possible to be more fond of Rami Malek.

Then he goes and does Riz (💕) things.

What a time to be alive. pic.twitter.com/nn0kJk39LZ

Rami Malek, an Arab, told the producers of Bond 25 that if his role involves any terrorism or terrorist acts, he’s out. Respect https://t.co/YRumfw0DGQ