Asmat Junejo’s cause of death yet to be ascertained, family blames medical negligence 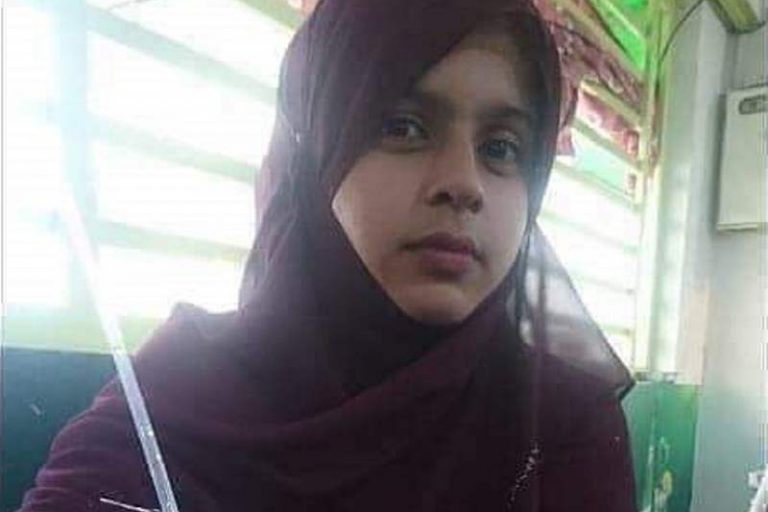 KARACHI: On Thursday morning, 26-year-old Asmat Junejo left her house in Ibrahim Hyderi for a dental checkup at Sindh Government Hospital Korangi #5. Hours later, she was declared dead by the cardiac department of the same hospital.

According to Samaa Digital, who spoke to Asmat’s cousin Jahangir, “Asmat left at ten in the morning and at 1:30pm her mother received a call from a man named Shahzaib that she is in critical condition.” Upon arriving at the hospital, the family found Asmat’s body in a corner at the cardiac department of the hospital. Soon after, the body was sent to Jinnah Hospital for a preliminary autopsy. The autopsy report stated that no injuries were found on her body.

Earlier, sections of the media reported that the young woman was sexually assaulted and drugged. However, these reports could not be confirmed.

Read:Everything that has happened so far in the case of Reena and Raveena

Asmat’s family believes that the injection that was administered to her at Sindh Government Hospital was the cause of her death. However, hospital officials and investigating police officer of Awami Police Station, Muhammad Sheraz haven’t yet identified the actual cause of death.

According to the Sindh Government Hospital’s Medical Superintendent report, Asmat came to the hospital for a routine dental checkup. She went to see duty officer and ENT consultant, Dr. Ayaz and requested for a prescription of 1 gram of Ceftriazone for her gum infection – which she had also used in the past for the same issue. Dr. Ayaz then prescribed her 1 gram of Ceftriazone and asked her to visit the ER department who would administer it to her. Instead of going to the ER, Asmat went to her ex-colleagues which included Shahzaib (who had informed Asmat’s family of her condition) to give her the injection intravenously.

Upon her request, Shahzaib diluted the prescription to a 10ml injection and tested it on her. When he observed that there was no reaction, he injected 5ml of it in Asmat’s left hand. She complained of dizziness after receiving the 5ml dosage after which Shahzaib, Wali and Aamir (also ex-colleagues of Asmat) asked her to lie down and relax. After she started feeling better, the rest of the 5ml dosage was injected in her body. Fifteen minutes after being given the complete dosage, she started complaining of vertigo. The men then took her to the ER who later, transferred her to the cardiac emergency department where she was declared dead.

Asmat’s body was then shifted to JPMC for a postmortem and the syringe and injection have been handed over to the police for further investigation. No cause of death has been provided yet as the police officials are currently waiting for the forensics results. Shahzaib, Aamir and Wali have been taken into custody. All of them had worked with Asmat in the past as Indus Hospital’s appointed tuberculosis unit at Sindh Government Hospital. Asmat had left the job over a year ago, but would often visit Sindh Government Hospital to meet them. The police is also currently looking for Dr. Ayaz.

Clarification: Cutacut has revised the story that was earlier published on the Asmat Junejo case due to recent reporting development.