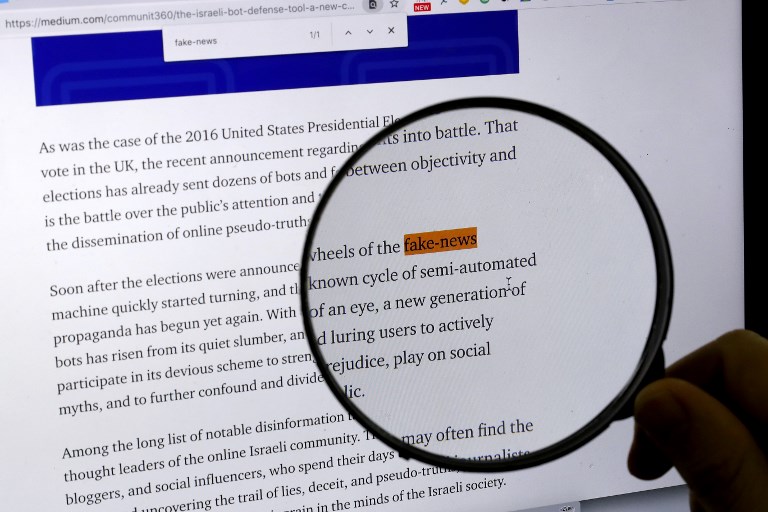 KARACHI: To say that relations between Pakistan and India have deescalated would be in an understatement. The two are at the brink of war.

On Tuesday, India entered Pakistani airspace and claimed to attack a militant hideout. Pakistan has strongly denied the claim, stating that Indian aircraft entered the airspace for a couple of minutes and did not cause any destruction or casualties. Since then, PAF shot down Indian aircraft and has captured two Indian pilots.

Digital rights expert Nighat Dad has warned people to be particularly careful while re-sharing and re-posting content relating to war hysteria. “Out of Pakistan’s population of 200 million people, only 18% people have access to internet. But the conversations that take place on social media form the narrative on internet.”

Read: Here’s how some people from both sides of the border are urging India and Pakistan to #SayNoToWar

In the age of post-truth and fake news, it’s important to be aware and responsible.  Here’s how to be mindful of what you’re reading and sharing on social media:

1. If your news source is social media such as Twitter and Facebook, make sure you rely on, follow, RT verified accounts and news outlets, or credible journalists. Even then, keep your guard up. “Mainstream media runs news that is shared by people with verified accounts. But when that information turns out to be inaccurate, the media doesn’t run a correction either,” said Dad.

2. Do not share or re-post unverified news. Question everything before you come across a piece of unverified news. Data journalist Shaheryar Popalzai said, “The least you can do is double check and verify any information you see [on social media] or receive on WhatsApp. Just yesterday, sections of the Indian press were sharing an old video of apparent strikes. It does not take a lot to check images and videos via Google reverse image search.” Journalists and people with verified accounts should also be extra careful of this. Dad said, “In such sensitive times, it is the responsibility of an average user, but more so of online influencers, to take some time before re-sharing potentially dangerous content.” She also advised admin panels on WhatsApp groups or elsewhere to guide their members to be cautious about sharing the forwarded content.

3. Do not re-post and share images or photos of bodies, injured persons or minors.

4. Do not advocate war or violence. Dad said, “People are high on emotions. But this is a crucial time to re-evaluate before typing something just to gain a few likes and increase a following.”

5. Making light of the situation via memes is a coping mechanism for some people. But know your limits. It is especially distasteful when people stoop to such jokes at the cost of women. Case in point:

Pakistan has banned the use of all Indian made products.

Shoaib Malik has requested an exception.

With additional reporting by Yusra Jabeen