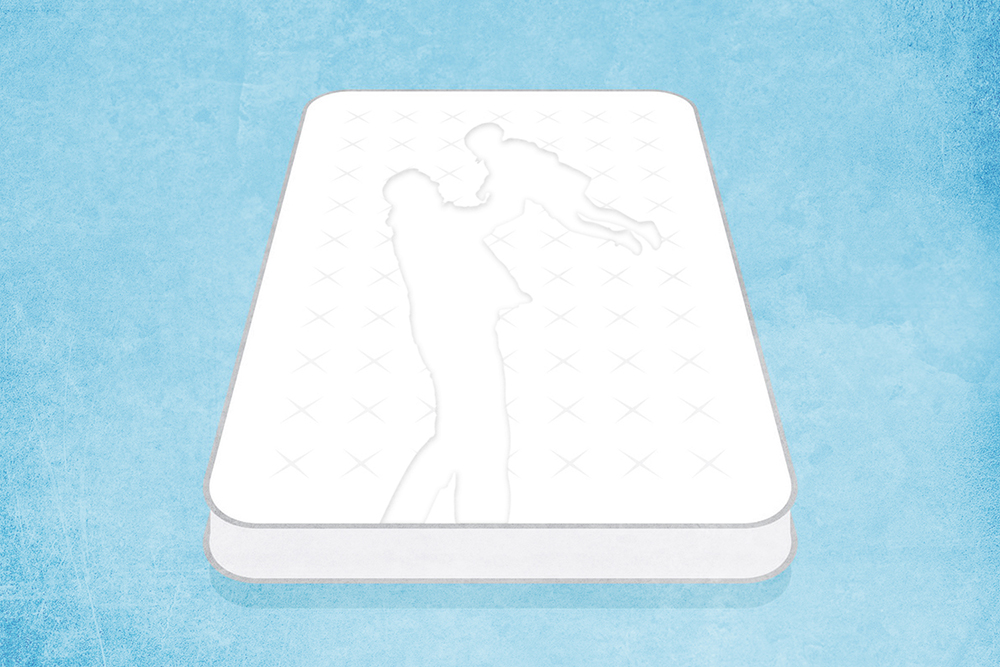 KARACHI: Tis’ the season to be merry. As the nights grow longer and gentle winter winds creep upon us, the air begins to buzz with excitement that usually comes in the shape of expensive wedding outfits and endless dance practices. ‘Shaadi season’ – when Pakistan’s elite decides to party in Pakistan, comes every winter. And it is usually accompanied by ‘Shaadi marketing’: from the Instagram pages of prominent celebrity couples wearing exclusive bridal couture, to – wait for it … mattress advertisements. A mattress company had the privilege of heralding in ‘Shaadi marketing’ this season with a video advertisement that boasts a stellar cast, a very high production value, and a storyline that uses a wedding, and a father-daughter relationship to sell mattresses. Electra complex? Or just a plain old reinforcement of patriarchal tropes? Here’s a deconstruction if you’re conflicted:

The opening shot of the video in question reveals a woman (played by a well-known actress) decked out in a gorgeous bridal outfit, smiling coyly at the camera. As the melody picks up, we follow her bridal troupe as they lead her through a cascade of flowers and finery to her wedding throne. But wait, where’s her father? She looks around with worry, not knowing that moments ago, her mother sent the father (also played by well-known actor) off in search of a pen, and then her father got sucked into an emotional abyss as he randomly happened to chance upon a letter his daughter had written for him back in the day. As the father kisses the letter tenderly, he’s whisked down memory lane. Cut to: younger version of bride sharing cute moments with her father on a bedsheet-less mattress. These flashbacks are interwoven with dramatic shots of the teary faced bride now running in slow motion in search of her father.

Let’s clarify a few things: daughters are not for fathers to give away

And then there’s the saving grace shot – another flashback of the daughter sitting on the bedsheet-less (why the averseness to bed sheets?) mattress, waiting for her dad to open her acceptance letter from Syracuse University. A hasty reminder from the mattress company that they’re not sexist: their advertisement doesn’t have just a bride, it has a foreign educated bride. Albeit a foreign educated bride who doesn’t have the ability to open her own letters, and needs her father to do the job for her. But that’s not even the worst of it – the present day bride finally finds her father. Surprise surprise, he’s sitting on a bed sheet-less mattress on which she joins him, as the background music swells, and cringe-worthy dialogue follows. The bride tells her father that she’s leaving, but that her relationship with him will always stay with her.

The most pertinent questions: why are we using father-daughter relationships in the context of weddings to sell mattresses? What’s the message there? And more importantly, who’s the audience? This isn’t a first from this mattress company unfortunately – they have a history of using father figures and weddings to sell mattresses in their ‘Nani Pari’ [little fairy] advertisement campaigns. The cringe-fest is preceded by many other emotional narratives of fathers ‘giving their daughters away’; or girls decked out in bridal wear, sitting next to their fathers on bed sheet-less mattresses, crying because they’re ‘leaving’.

What’s most disturbing is that this campaign seems to be working for this particular mattress company – this is evidenced by the fact that they have been repeatedly churning out high budget advertisements for this campaign. One would assume that they are trying to capitalise on the wedding season and therefore attempting to pull at the heartstrings of dowry buying fathers. And yet, the sexual undertones are hard to miss. Pretty girls, sitting on mattresses with their fathers, crying because they’re ‘leaving’, to eventually share a mattress with another man. What’s the mattress brand getting at here?

Let’s clarify a few things: daughters are not for fathers to give away. For that to be true, they’d have to ‘belong’ to them, and women do not belong to men – be it husbands or fathers or brothers. Secondly, marketing your products for ‘dowries’ is not okay. This particular mattress brand has a very complicated relationship with the cultural practice of dowry giving – a transfer of parental property that takes place when a woman is given to a man in marriage, a bride price. Another one of their advertisement campaigns is called: #betibojhnahin (your daughter is not a burden). The description for the campaign reads: ‘Enabling 100 daughters to get married with dignity.’

Stop calling us ‘nani paris’. Some of us are ‘bari churails’

Whoever is writing copy for the mattress brand needs to know that women are more than just ‘daughters’, and even more importantly, a bride price does not give a woman ‘dignity’. Instead of fighting the cultural practice of dowry giving, the mattress brand decided to go the more profitable route under the guise of social justice marketing. They told fathers that their daughters are not burdens, only to relieve them off that ‘burden’ by giving them the mattress for free instead of making them buy it. If they truly wanted to challenge societal oppression of women, they would have challenged the practice of dowry giving altogether, instead of just giving the dowry themselves as ‘charity’.

Read: When hyper-masculinity and hyper-nationalism meet

And while we’re at it, let’s also clarify that women are not ‘little fairies’. Stop calling us ‘nani paris’. Some of us are ‘bari churails’ – marketing bros, beware.