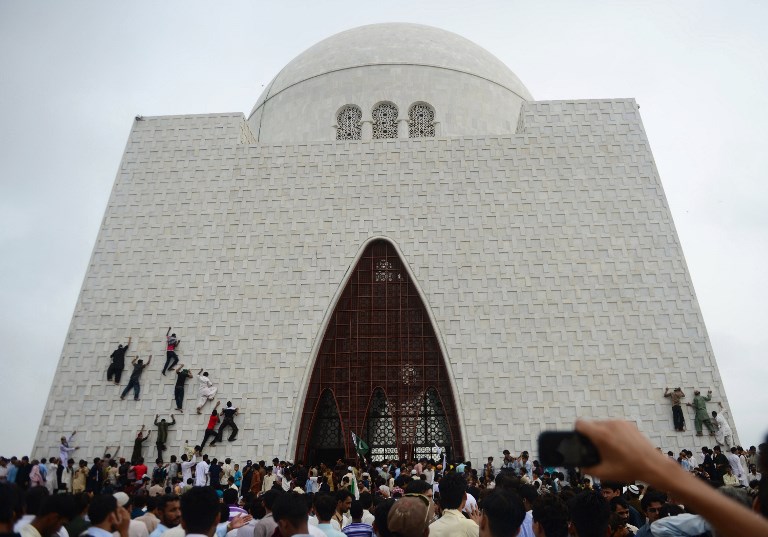 KARACHI: We’re getting geared up to celebrate 71 years of Independence in Pakistan. While that independence has come to mean vastly different things for different people – a Stockholm syndrome-d need to have an ‘arranged’ and ‘controlled’ independence for some, restrictions on freedom of thought for others, a navigation of ‘freedom’ within post-colonial power structures for most – what’s for certain is that it is mostly those who identify as male who end up in positions to articulate and celebrate that very subjective and relative ‘independence’.

Every 14th August we’re witness to an extremely gendered expression of nationalism – from the hyper masculinity exhibited and celebrated at the Wagah Border, to hordes of men literally climbing the Mazar-e-Quaid, to men taking over the streets in their motorbikes: independence day celebrations have become an integral part of the cultural production of masculinity in our country.

Read: Thoughts of a first-time voter

There’s a violence that comes with the frenzy – as public spaces fill up with men who perform their masculinity to validate their patriotism, those very public spaces become inaccessible to those who are unable to participate in that collective exhibition of masculinity.

And there’s a historical context to this violence – August 14 not only marks 71 years of independence, it also marks the 71st anniversary of a partition in which gendered violence was used as a tool for war. The war of 1947 perpetuated the idea of female bodies as vessels safeguarding communal ‘honour’, and so in the months leading up to our ‘independence’, they were used and abused as such. Forced abductions, nude processions, public rapes, forced marriages and conversions, and often suicides and homicides in an attempt to protect ‘honor’ were the costs women paid for this ‘independence’ that we now choose to celebrate with performances of hyper masculinity on our borders and in our shared public spaces.

So this Independence Day, find ways of expressing your patriotism in ways that are not limited to exhibitions of hyper masculinity. Remember that the independence you’re celebrating was meant for everyone – ensure that you celebrate inclusively, that you don’t make public spaces unsafe and inaccessible for others.

Let’s not take up space we’re not entitled to, instead, let’s use this Independence Day to question why, we as a nation, insist on celebrating ourselves in such a singular and limiting manner – it’s time to change that.