Will Café Commune be another attempt by the elite at intervening in spaces or will it be a successful model of sustainable intervention that benefits the community? 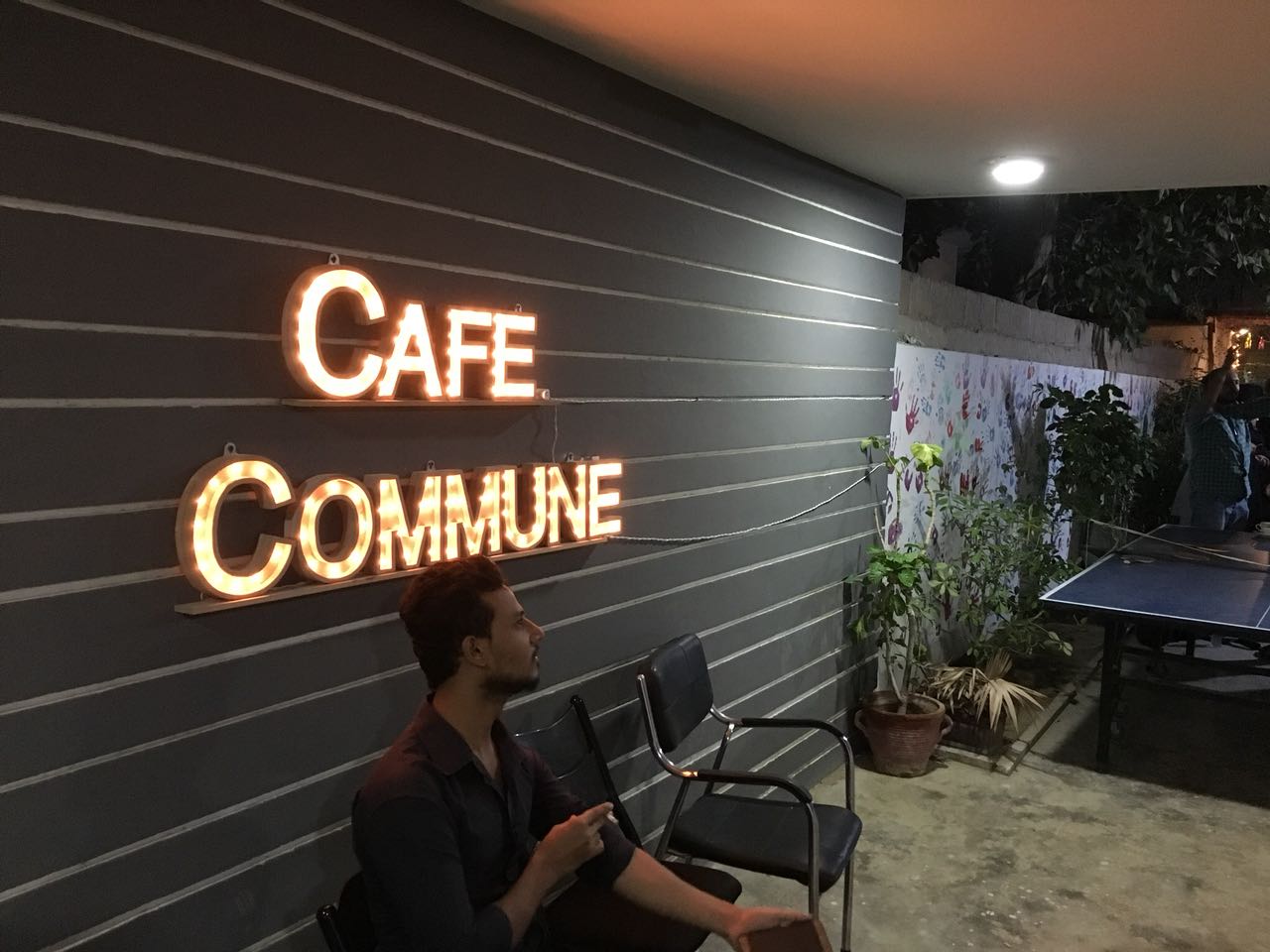 KARACHI: Civil society was abuzz with anticipation this weekend as it got together to celebrate the launch of a new  space called Café Commune. Located in the neighborhood of North Nazimabad, Café Commune has been marketed as a space for working class and mid income communities to gather, drink tea and organise. We attended the launch ceremony and spoke to the people behind the space to learn more.

Café Commune is housed inside a mid-sized bungalow, and decorated with images of Leftist intellectuals and revolutionaries, such as Karl Marx, Vladimir Lenin, Che Guevera, Bhagat Singh and Frida Kahlo. The café also includes a library, art gallery and an online studio, which will be used to conduct classes and seminars for members of surrounding communities starting August 7.

“We chose this place because this area is in proximity with different kinds of localities such as North Karachi, Gulshan, and other working class areas inhabited by Pashtuns and other communities,” said Saad Rabbani, co-founder of the political space, in response to a question about creating a political space for working class communities in what is considered to be an elite neighborhood of the city.

Another interesting point is their choice of name – ‘commune’. The term has a very important historical context and may be considered an odd choice of name for a food eatery. Historically, communes have been spaces shared by individuals with common interests, who are invested in collective economic decision making, 100% income sharing, non-hierarchical structures and shared property. Co-founders Rabbani and Muzzamal Afzal, said, however, they were using the word ‘commune’ in a very different context.

“Commune is derived from the word community and we wanted to create a place where people from all walks of life could interact and forget about the differences,” said Rabbani. Afzal further clarified that the space would not operate as a business. He told Cutacut that Cafe Commune is a not-for-profit space that is currently being run by an advisory board, and will eventually function as a ‘worker-owned’ space. 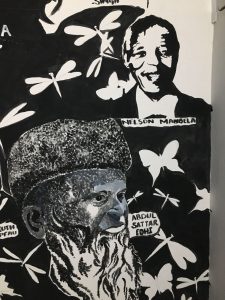 Will Cafe Commune just be another attempt by the Karachi elite at intervening in spaces that are not for them? Or will it be a successful model of sustainable intervention that benefits the community it has been created for?

Zulfiqar Manan, a singer and poet, who also performed at the launch of Café Commune, said, “[The place] is built like a home and it definitely felt so. The Cafe Commune launch event has left me expecting, and knowing I can find, so, so much more.” Manan is currently a student at Yale University, and is visiting Karachi during his summer break.

“I’ve been following the leftist community of Karachi online for a while now, interacting where and whenever possible. It’s hard to believe these people and their ideas are real in the Pakistan we’re told to expect.”

Saqib Khursheed, who is part of Democratic Students Federation (DSF) and was also at the opening, said: “We should be realistic and understand that since our economy is capitalist, the state will not open such places.”

He thinks that there is no harm in using the word commune for the space as “it is a place where people from all communities can come together and talk about political ideas freely.”

“The space is unique in its nature. It was after a while that we saw and went to a place where a large number of students and youngsters interacted with each other,” said Saqib.

Edit: An earlier version of this story stated, “This space will eventually become a ‘worker zone’ space and it will be owned by the people who use it.” It has now been corrected to ‘worker owned’ instead of zone.