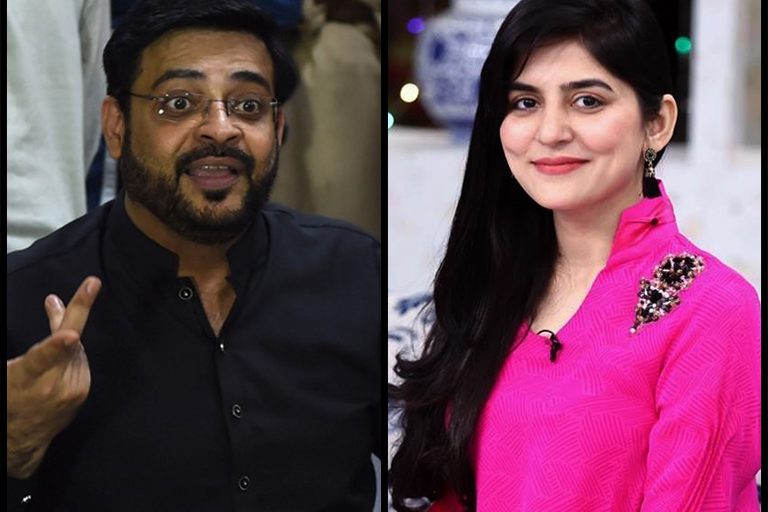 KARACHI: Pakistani morning shows are usually garbage. A recent episode of one such show, however, took it to another level.

And I can say with confidence that Baloch is cancelled in my books. And in case you’re wondering, Liaquat has long been cancelled.

The following things were said on national television, ladies and gentlemen.

Just let that sink in.

A morning show host – scratch that – a woman, who herself is dealing with the aftermath of a broken marriage, outrightly lauded a man’s second marriage on NATIONAL TELEVISION.

“You’re an Islamic scholar, somebody who has studied religion or rather internalised it, and you got married a second time around despite everything,” Baloch said, “Then why won’t Bushra bhabi (Hussain’s first wife), who has also studied religion, accept it?” Baloch managed to take every married woman’s worst nightmare and trivialise it to the t.

Enter the panther. Hussain, living well up to his reputation, accused his first wife of having studied deen only for ‘the sake of it’. Now, two pressing questions arise in the wake of this exchange of wisdom. Firstly, what the actual fuck? Second, is this for real? Okay, on a serious note: Why was there a need to have a woman’s religious beliefs mansplained? What does religion have to do with a woman who is picking up the pieces after her husband and the father of her children left her for a 24-year-old?

What’s even more infuriating is how a woman in this day and age can support polygamy. It’s not even about religion. Or even if it is about that, terms and conditions apply. It’s not about financially supporting both households but doing so emotionally in an equal manner. And, honestly, that’s nearly impossible.

But that’s not even the problematic part.

Critcising your first wife for not being supportive of your second marriage and demeaning your daughter’s feelings of abandonment is far from okay. Keep in mind this is a society that expects a woman to leave her past life behind and almost shed her identity when she gets married. She is to let go of her birth name and her family so she can start a new one with a man. And if that man leaves her and the life they’ve built together to start another one, how is one supposed to cope with that? Moreover, to have a woman blatantly mitigate these feelings and say “gunaah toh nahi hai na” (you haven’t sinned) – which Baloch repeatedly said – is a shame, to say the least.

Granted, the world of television is all ratings di game but there’s this little thing we often overlook in this part of the world called ethics that should also come into play from time to time. In the past, local morning shows have been guilty of using black face on models to create “chocolate brides”, holding a “maasi #1” competition and poking fun at a kid who obviously has anger-management issues. This time, however, they’ve crossed all lines. Baloch’s morning show is guilty of monopolising on the grief-stricken wife and children who will probably never recover from the pain of losing their father to another woman.

Read: TV shows that should have been cancelled YESTERDAY

“The children will probably come around and accept it,” Baloch said, sharing her psychological ‘insight’ into children of broken families. She also went on to say that some things that his daughter did (she reportedly tweeted about being heartbroken over her father’s decision to marry again) has really upset her. “Mujhey nahi acha laga,” she said. “Children don’t come onto Twitter themselves,” replied Hussain, indicating that his first wife is prompting them into sharing their feelings.

“Ok, I got your point,” Baloch said in response with a knowing smile.