PM wins over even his harshest critics with no BS, 'to-the-point' address ... minus some members of the opposition 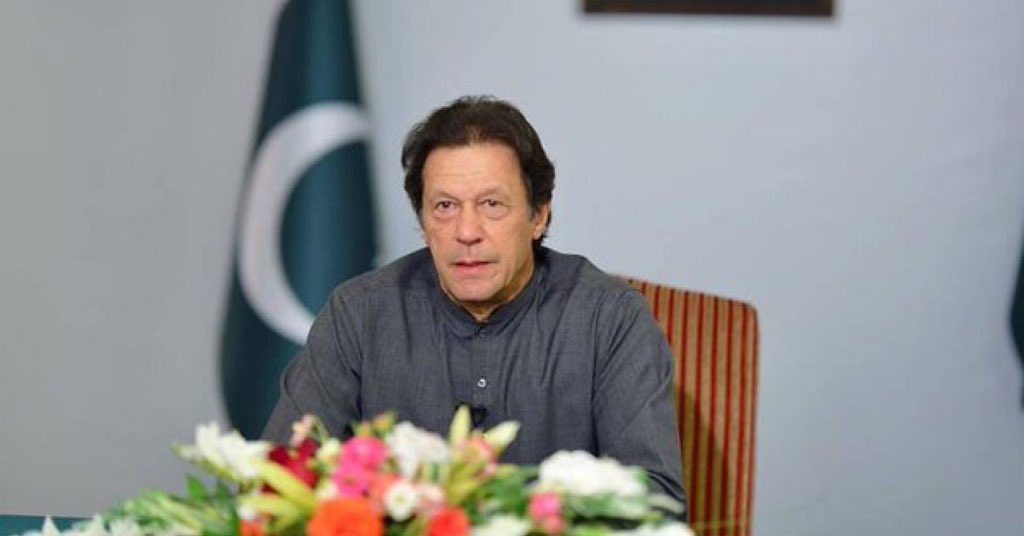 KARACHI: A Christian woman on death-row for blasphemy charges was declared innocent by the Supreme Court of Pakistan yesterday in a landmark ruling. She had spent nine years in prison. In a recorded speech which was aired on state-run PTV at 7:45pm, PM Imran Khan solely spoke of the verdict in the case of Aasia Bibi and its aftermath.

After the verdict, Aasia Bibi’s community rejoiced while others lauded the decision.

But then came protests with the agenda of inciting hate and violence. One of the most vocal groups — the Tehreek-i-Labbaik Pakistan (TLP) — called for “mutiny” against the army chief and the assassination of top court’s justices who delivered the ruling.

This led Prime Minister Imran Khan to address the nation and provide his government’s stance on the Supreme Court’s verdict for Aasia Bibi.

Here’s pretty much everything he said:

1. PTI’s government has proved that it deeply cares about Islam’s sanctity

He made it clear that his government respects about the sanctity of Prophet Muhammad (PBUH) and the Holy Quran and will not allow any ruling to go against Sunnah or Islamic principles. This vision was manifested when, he said, his foreign ministry reached out to Holland when a parliamentary leader there was organising a blasphemous event.

2. SC’s verdict is in line with Pakistan’s constitution

Pakistan was founded “in the name of Islam” and the verdict given by the SC is in accordance with the Constitution, which is in line with the teachings of the Holy Quran and sunnah, he said.

3. Paralysing the country is a disservice to Islam

“This is not a service being done for Islam. This is enmity taking place against the country,” the premiere said. “I appeal to you, don’t harm this country in order to (increase your) vote bank,” he went on to say.

4. State will push back

“If you continue doing this … let me make it clear to you … the state will fulfil its duty (and) protect people’s properties and lives. We will not allow any vandalism (or) blockage of traffic. I appeal to you, do not take the state to a point where it has no option but to take action,” he concluded.

What an excellent and to the point speech by PM Imran Khan…. clear message to all those bigots who want to destablise Pakistan for their own gains…

Short. Bold. To the point speech by PM

This #PMIKAddress was what Jinnah envisaged for Pakistan. It took us seventy years to reconcile with his vision and @ImranKhanPTI said it categorically

But garnered criticism from the opposition.

Pakistan People’s Party (PPP) leader Khursheed Shah condemned the PM’s speech in the National Assembly earlier today. “There was violence in his tone. You cannot bring peace with this tone,” he said. Khawaja Saad Rafique of Pakistan Muslim League-Nawaz (PML-N) agreed with Shah over the PM’s ‘tone’ and said: “We believe that Imran Khan’s body language and tone was aggressive during his address”.

Read: How important is to have Bilawal Bhutto-Zardari, a millennial, in Parliament?

He also clarified that he does not share some of the criticism aimed at the PM’s speech by other opposition party members. “I do not share some of our opposition party members’ criticisms of the prime minister’s speech. I expected him to deliver a speech today along the lines of what he said yesterday, and for me to be able say: Qadam barhayen, Imran Khan, hum tumharay saath hain (Go on, Imran Khan, we are with you). We are with democracy, we are with justice, and we are with rule of law. The PTI-led government, particularly the prime minister and the interior minister, needs to take his responsibility seriously and this house seriously,” he concluded.