A low down on what exactly happened with PPP leader and CJP’s surprise hospital visit. Grab your popcorn, folks 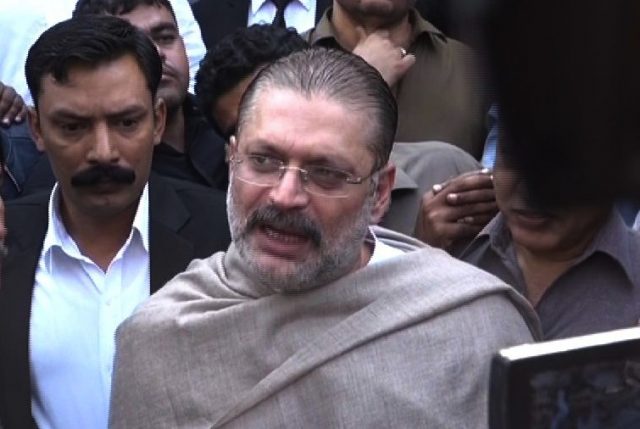 KARACHI: It all began nearly a week ago when alcohol bottles were allegedly recovered from Pakistan Peoples Party leader Sharjeel Memon’s hospital room, where he was supposedly under treatment and in judicial custody at the Ziauddin Hospital. His room was being considered a sub jail.

Chief Justice of Pakistan (CJP) Saqib Nisar was in his usual vigilante mode when he made a surprise visit at the hospital and caught Memon in possession of alcohol bottles, which, according to Section 4 of The Prohibition (Enforcement of Hadd) Order 1979, is illegal.

Naturally, this made headlines and social media ate it up.

Sharjeel Memon sent back to jail after 'liquor bottles' recovered from hospital room. Do remember that PPP led Govt gave him the most honest and immaculate Parliamentarian award https://t.co/O7S9JtytRV

Watch the magic now. Liquor to turn into honey and hair oil. #SharjeelMemon

Memon was taken to Karachi Central Jail after the discovery, while the PPP leadership claimed that the alcohol bottles were actually filled with honey and olive oil.

It was reported that the bottles indeed contained honey and olive oil and not alcohol. According to Dawn, this report was signed by Director of Laboratories and Chemical Examiner to the Government of Sindh Dr Zahid Hasan Ansari.

Memon’s blood was also tested for traces of alcohol and those tests came out negative as well, further reiterating the fact that Memon was not consuming alcohol in his hospital room.

A video of the apparent testing being done was released online as well.

Liquor bottles recovered from #SharjeelMemon’s hospital room are tested in this laboratory and this is how tests are being done. pic.twitter.com/gskejXNchQ

Is Memom off the hook?

It seemed as though things were looking up for Memon, but the Aga Khan Hospital refused to verify the blood reports. According to Dunya News, the hospital administration claimed that the blood samples were forwarded to them by Ziauddin Hospital. “We don’t know whether blood samples have been extracted from veins of Sharjeel Memon or anybody else. Nobody here at Agha Khan Hospital had extracted blood from vein of Sharjeel Memon for alcohol test,” they revealed in a statement, implying that it was possible that they were sent blood samples of someone else.

Read: Ali Saleem aka Begum Nawazish may have been arrested but he looks chill af behind bars

Who else is in trouble?

Other than Memon, three men have been detained by the police in regards to the case. “The police have registered FIR on the complaint of jail official against incarcerated Sharjeel Memon and his three servants,” said South SSP Omar Shahid, as reported by The Express Tribune.

Why was Memon in custody in the first place?

Earlier this year, the PPP leader was indicted by the National Accountability Bureau over corruption charges against him. He has been incarcerated since.