First Karate medalist at Asian Games says she’s a champion, not a victim 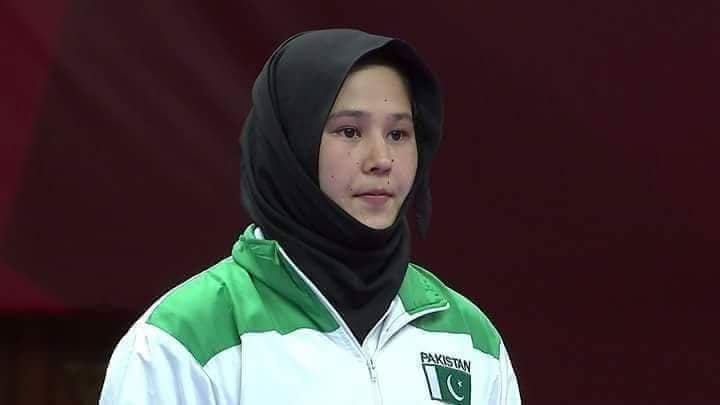 KARACHI: Belonging to perhaps the most vulnerable community of Pakistan did not stop Nargis Hazara from becoming a champion. The 19-year-old has become the first Pakistani woman to win a bronze medal in Karate at the Asian Games 2018.

“I recall how boys would harass us girls when we left our homes when I was younger. And one day, a senior girl of our club stood up to those boys,” Nargis says, adding that the incident inspired her her to pursue martial arts and eventually Karate not just a sport but for her personal growth.

She bagged a bronze medal in karate at the Asian Games in Indonesia last month by defeating Nepal’s Rita Karki 3-1 in the +68kg event.

“I realised that day that martial arts can give you confidence to face society. I decided I will become a champion now,” she adds.

Nargis believes she can change the perception of the international community towards Hazara people. “We are always looked down upon as oppressed and victims. Through Karate I can help change this picture of our community,” she says.

The persecuted Hazara community in Pakistan has been long targeted by extremist organisations in form of targeted killings and suicide bombings.

In the last five years, around 509 members of the Shia Hazara community have been killed and 627 have been injured, according to a report by the National Commission for Human Rights (NCHR). However, community leaders have told Senate that more than 3,000 Hazaras have been killed since 2011.

Nargis says her community is well aware of the threats they face and get the training required to become stronger in the face of violence and terrorism.

“My father always wanted us to play a sport or two while studying. I was just five years old when I started going to the training centre and later realised that I should pursue Karate,” she says.

Speaking about the support she receives from her family, Nargis says, “My father is so happy these days that he doesn’t let me go out of his sight. He is proud of me. My mother is a working woman but still she takes cares of all domestic work so that I can give more and more time to my passion.”

Nargis is now eyeing the 2020 Summer Olympics in Tokyo and wants to continue representing Pakistan in Karate tournaments.