Rangers and police called in by management on peaceful protesters 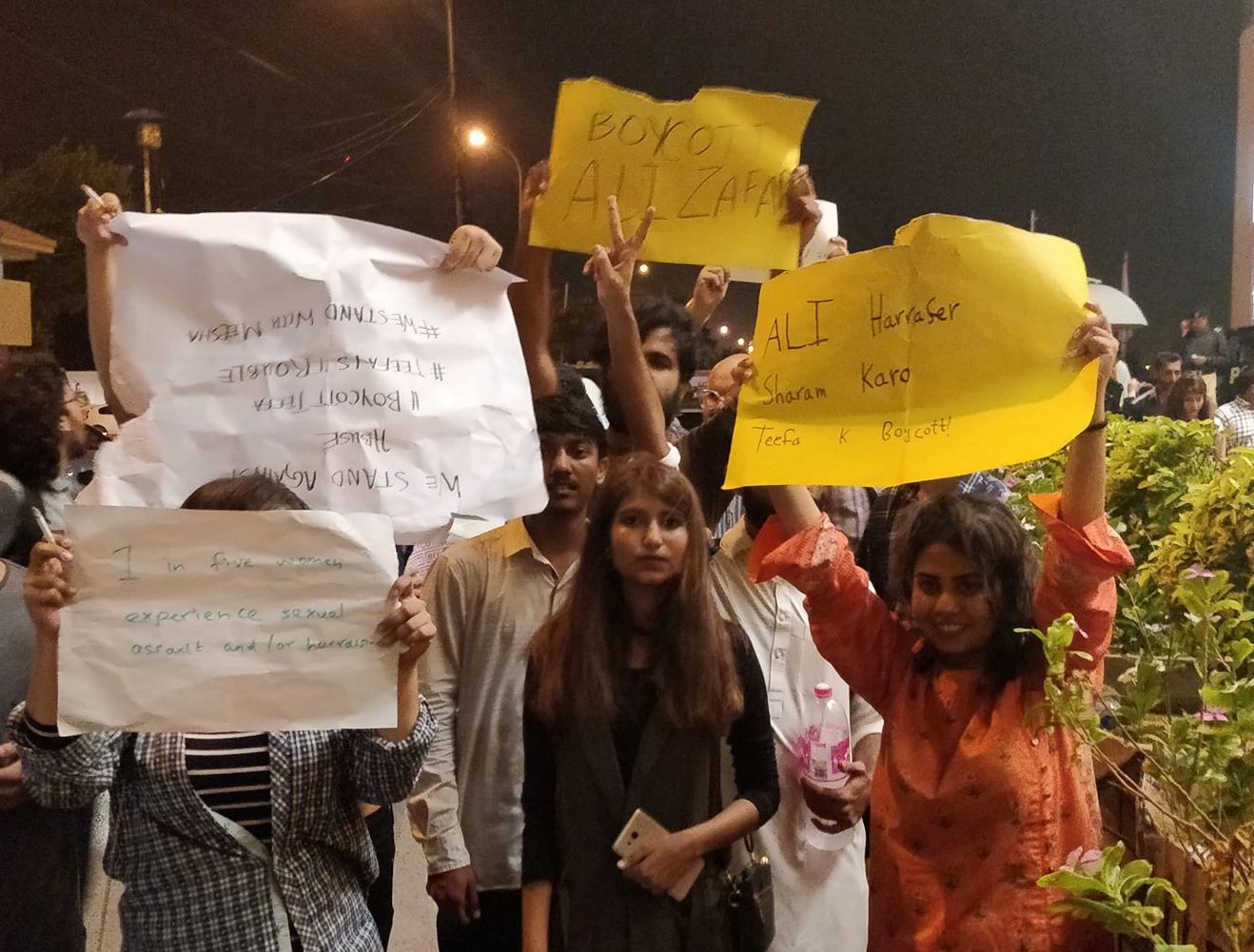 This image is from Thursday’s protest at the Teefa in Trouble premier in Karachi. PHOTO: MANAL FAHEEM KHAN

KARACHI: Earlier today, police detained people for allegedly protesting against lead star of the film Teefa in Trouble Ali Zafar, due to sexual harassment allegations leveled against him, at Nueplex’s Gulistan-e-Jauhar branch.

Four protests have taken place so far: first at the film’s promotional event at KFC, second at TnT’s Karachi premiere, third at TNT’s Lahore premiere and the fourth one was underway at Nueplex today.

Protesters claimed that they have been manhandled and assaulted by the guards, police and the management of the malls where these premieres and meetings have been held. However, things took a turn for the worst today when several protesters were detained by police at the event and also physically assaulted.

Sidra Kamran, who arrived at the protest after the detention, spoke to Cutacut to describe what happened. “There were only eight people protesting inside the cinema when the Rangers and police were called in. The boys were taken to the basement of the parking lot,” she said. According to her, there were roughly around four to five guys who were then made to sit in a police car. “They said we needed an NOC to protest on private property and now the management is insisting for an apology.” Apparently, one of the protesters was also hit with a gun, while another had a visible bruise on his neck. “They even pointed their guns at the protesters, who are just young kids,” she said.

Read:Opinion: Why I’ll be boycotting Ali Zafar’s Teefa in Trouble

Rashida Shabbir, who was part of the protest, said that they had arrived at the first floor of the cinema when security asked them to leave. “We were just leaving and making videos when they suddenly snatched our phones . The guards took away my phone as well,” she said.

The protesters are claiming that they are unarmed but are still being subjected to physical assault while trying to protest peacefully at these venues.

We have reached out to Nueplex for an official statement.