Lionel Messi, the Bisht and the racist Western Media 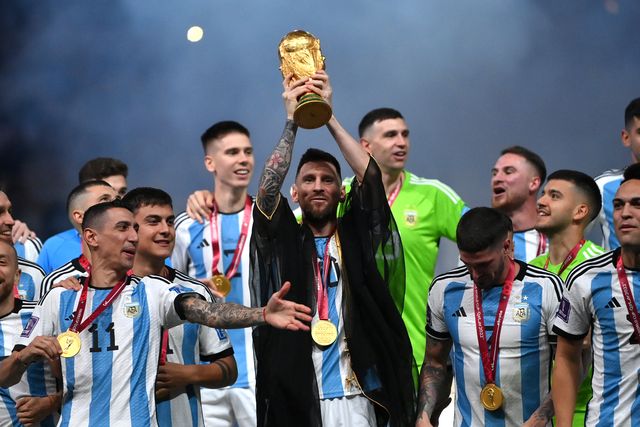 KARACHI: The road to Qatar has been one of the most bumpiest ones in FIFA history. While Qatar became the first Arab and Muslim nation to host the mega sporting event, the West was not amused by the decision. They took every opportunity to criticize the country and their organization of the event but many remained unconvinced of the bias shown. The final shot fired by the Western media was to criticize the bisht cloaking of Lionel Messi during the closing ceremony of the dramatic final. 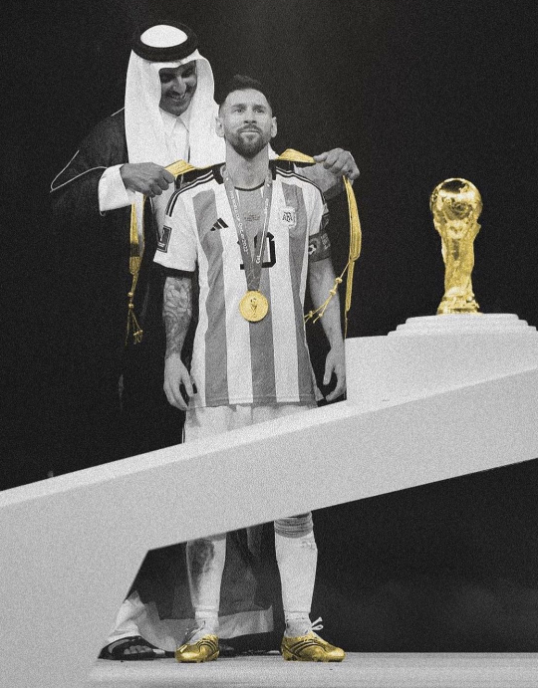 The bisht is a long cloak made of light and sheer material. It is usually worn in the Persian Gulf by top officials during special occasions and the World Cup final was treated as such with the bisht being awarded to Messi by the Emir of Qatar Sheikh Tamim bin Hamad Al Thani. But what was supposed to be a gesture to honor the player that made history, became a channel for racism.

Several Western publications began publishing articles accusing Qatar of using the bisht to cover up the Argentina colors on Messi’s jersey. Other headlines included claims that, “This was a moment of pure malignance a decade or so in the making. It had taken deliberate, dedicated planning to turn something so beautiful so ugly.” 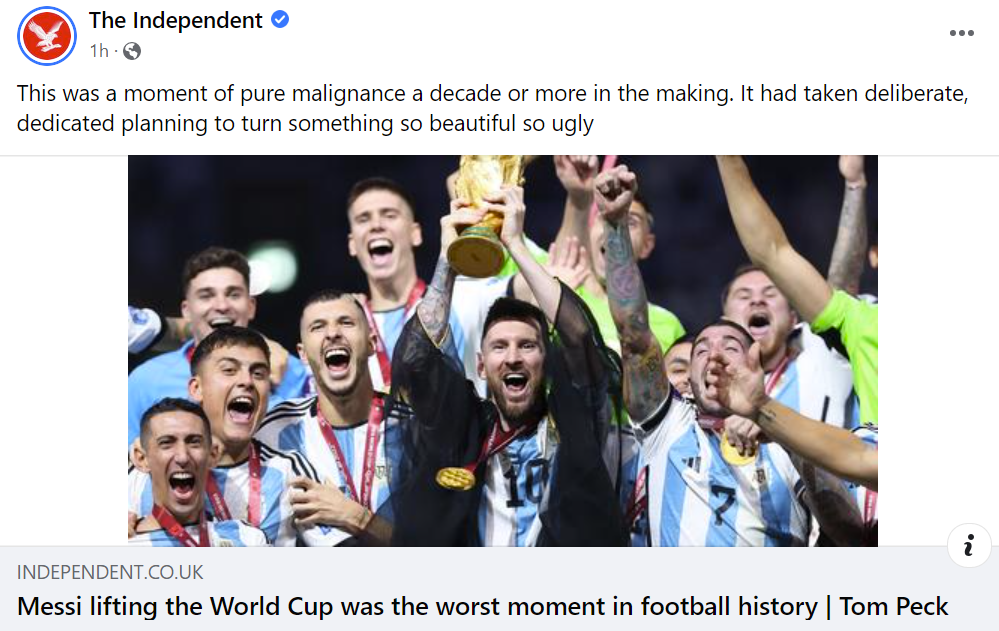 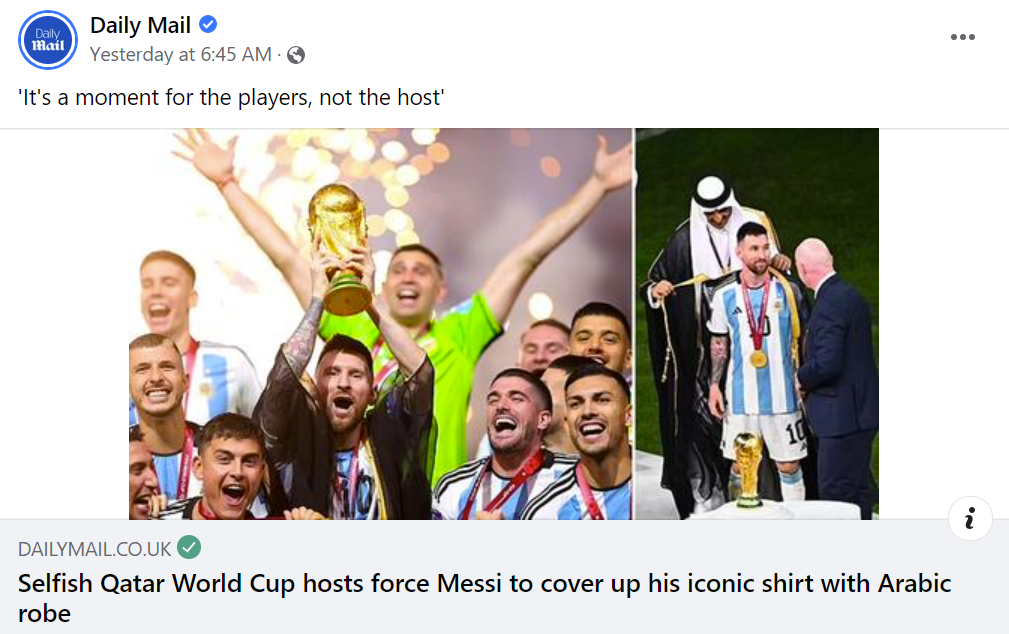 Considering FIFA made such a huge fuss about players wearing a 🌈 armband, it’s incredulous Lionel Messi was dressed in this robe by Infantino & the Qatar monarch to photobomb the greatest moment of his career. This day belongs only to La Albiceleste #ARG#FIFAWorldCup2022 pic.twitter.com/QcBBfMbmNJ

But it seems as though most people saw through the racist attacks and took to social media to educate the biased Western media. Many were quick to point out how the West is so opposed to accepting different cultures:

The West’s reaction to Messi being honored with a bisht to wear, shows the real reason behind why they are against the women wearing headscarves:

Plain racism. They cannot stand seeing a different culture celebrated that opposes their values. They still see us as colonized. pic.twitter.com/OmEITOheGd

The fact that one of the loudest cheers of the night came when Sheikh Tamim draped the Bisht on Messi’s shoulders tells you what it meant. This is the greatest honour you can bestow on a person in the Arab world. Messi knew it, the people in the stadium knew it. pic.twitter.com/oid9QjCTx2

Intolerance has always been the west’s prerogative. It’s actually hilarious watching them have this racist meltdown.

Messi looks like the GOAT he is. It is Argentina’s win but the Bisht sets him apart — crowns him, honours him and declares him as the ultimate champion! pic.twitter.com/AFNNmzs9E2

Others found it ironic that while most English publications are upset over Messi having to wear the bisht, Argentinians are making the most of the moment!

This continues to be the World Cup of surprises.

One day after the #WorldCup2022 has ended, Argentinians are flocking to Souq Wakif to purchase the Arabian Bisht that was placed by HH the Amir to Messi #Qatar2022

It is also interesting to know that Qatar is not the only country to award winners with a cultural garment to celebrate their win during a sporting event:

During the 2004 Athens Olympics, all the winners were crowned with an olive wreath. Host nations at times use their tradition, ancient or modern, to reward winners. But please tell me more about Messi and the Bisht that troubles you. pic.twitter.com/IP3aV2q01s

However, this isn’t the first time the Western media has lifted their racist masks. While the world celebrated Morocco on their historic journey, Dutch newspapers published images of Morocco stealing the world cup. German news casters claimed that the Moroccon team has links to ISIS because they were raising a finger, which is a religious gesture of Tawheed (the oneness of God). French newspapers published images of the Qatar team armed with dangerous weapons.

It seems as though the anger over Messi being cloaked with the bisht was one last (failed) attempt to try to paint the Arab world through the strokes of racism.

Awards, trials and World Cup wins: The shocks of 2022