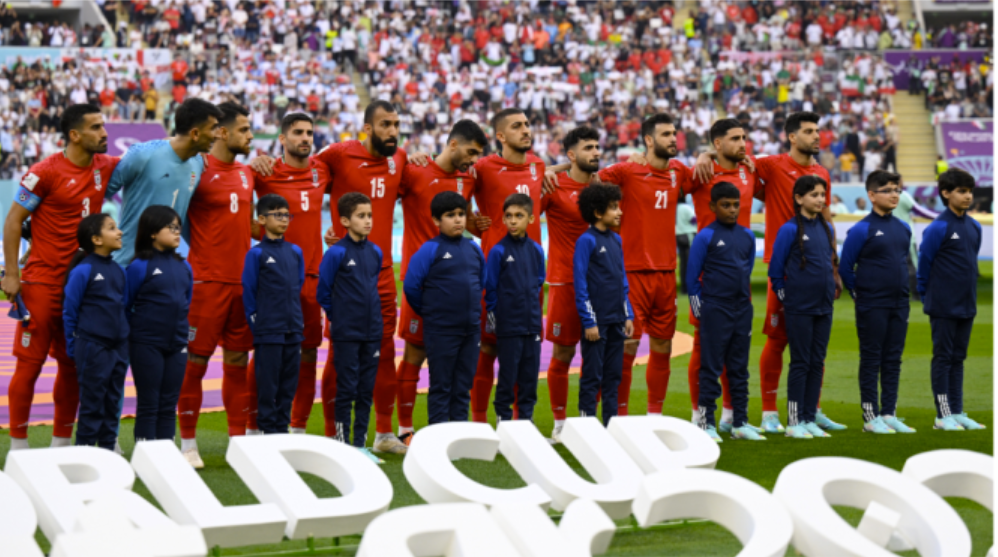 KARACHI: The 2022 FIFA World Cup has only just kicked off and it is already one of the most talked about events in the world for a varying amount of reasons. This time, the spotlight is on the Iran team whose silent protest during the World Cup did not go unnoticed.

Iran’s national soccer team chose to be silent as they refuse to sing their country’s anthem at their opening World Cup match against England on Monday, in an apparent show of support for protesters back home. pic.twitter.com/NP01l3KvkT

Iran has been thrown in a spell of severe unrest following the death of 22-year-old Mahsa Amini at the hands of the morality police. Many have taken to the streets not just demanding justice for Amini but also demanding freedom for women in the country. The protests from Iran have now spilled over into the FIFA World Cup. The national team stood in silent protest during the national anthem in their first match against England. The protest by the football team on the sport’s biggest stage has been the boldest move so far from the country’s athletic stars. It is unclear whether players will face any consequences for their actions. However, this isn’t the first time they have shown solidarity with the protestors. Back in September, during a friendly match against Senegal, the team opted to wear black jackets to cover the country’s colors.

Iranian National Football(soccer) team wears all black to cover their country’s colors in protest of the death of Mahsa Amini. pic.twitter.com/eicXK2pcJU

It was not just the football team that showed their solidarity with the protestors. Many football fans from Iran who attended the FIFA World Cup attempted to carry the pre-1979 revolution flag of Iran, although the flags were confiscated. Others held posters with slogans that read, “Woman. Life. Freedom”

Iran fans with a message before their World Cup opener: pic.twitter.com/icJ8E250wN

Iran chose to censor the act of silent protest during its domestic streaming of the FIFA World Cup.