Leaders across the world condemn attack on Imran Khan 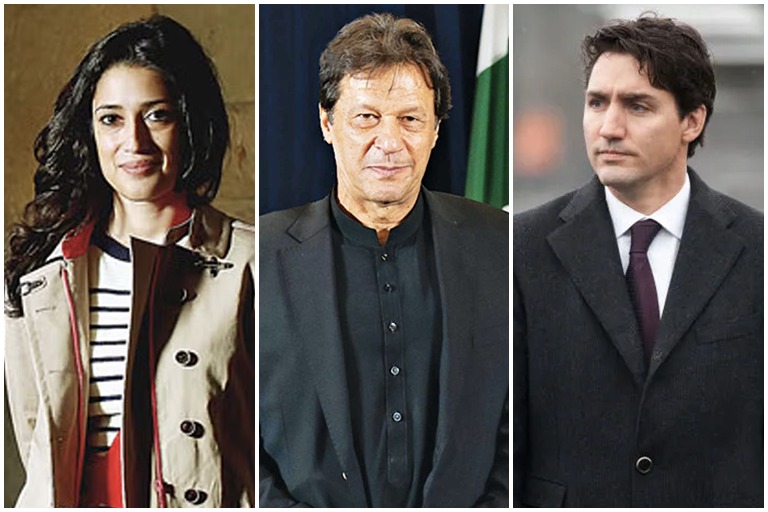 KARACHI: Over the past few months, dirty politics have been on a rise in Pakistan. It all started when former Prime Minister Imran Khan was ousted on the basis of a vote of no confidence in April. It triggered a domino effect which saw allegiances shift, people being killed and more recently, Imran Khan getting shot. As the news broke that after an attack on his container during his Long March led to Imran Khan getting shot, many took to social media to condemn the attack.

If there is anyone who knows the trauma of a gunshot, it would be Malala Yousafzai. The young leader took to social media to extend her prayers to the former Prime Minister.

Attacks on leaders of any political belief or party are always wrong. And violence is never an acceptable protest. Wishing @ImranKhanPTI a full recovery.

Despite the fierce political rivalry between the two, Bilawal Bhutto was quick to condemn the attack and wish Imran Khan a quick recovery after being shot.

Strongly condemn the attack on @ImranKhanPTI. Praying for his swift recovery.

Fatima Bhutto’s own father, a politician, Murtaza Bhutto, was killed outside their family home in 1996. Naturally, the fear of history repeating itself came as a shock to her and others who condemned the assassination attempt.

Shocked to hear about the attack on Imran Khan and frightened to see the history of violence in Pakistani politics play out in this familiar way.

PPP senator Sherry Rehman also condemned the attack on the former Prime Minister and stressed on the fact that peaceful protests are a part of the democratic process.

Strongly and unequivocally condemn the firing incident on the PTI truck today. We have always maintained that democracy allows for peaceful protest. Violent attacks are absolutely unacceptable. Hope everyone recovers well.

Members of PTI were also shocked and angered over the fact that their leader was shot. Former Federal Minister for National History and Literary Heritage Shafqat Mehmood called the attack “cowardly.”

Cowardly attempt on Imran Khans life. No words to condemn it. Praying for his safety and complete recovery

Philanthropist Shehzad Roy also took to social media to express shock and extend his prayers to the politician.

Shocked to hear about the firing incident. All my prayers are with @ImranKhanPTI @FaisalJavedKhan and the others who are injured. Allah Khair.

Across the world, the Prime Minister of Canada also took to Twitter to not only extend his prayers for recovery but also express his outrage over how politics are playing out in Pakistan.

The attack on @ImranKhanPTI and his supporters is completely unacceptable, and I strongly condemn this violence. It has no place in politics, in any democracy, or in our society. I’m wishing a speedy recovery to Imran and all who were injured today.

All eyes are on the current regime of Pakistan who many blame for the attack. That did not stop Prime Minister Shehbaz Sharif from taking to social media to condemn the attack and also assure the masses that he is making sure an investigation is carried out.

I condemn the incident of firing on PTI Chairman Imran Khan in the strongest words. I have directed Interior Minister for an immediate report on the incident.

I pray for the recovery and health of PTI chairman & other injured people. 1/2