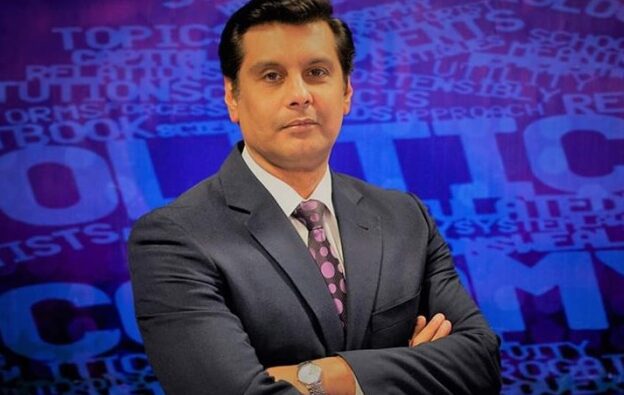 KARACHI: On Sunday morning, Pakistanis woke up to the shocking news that prominent journalist Arshad Sharif was shot dead in Kenya. The 49-year-old outspoken journalist was known for being against the Shareef regime as well as being anti-military and had fled to Kenya after charges were filed against him.

Arshad Sharif had fled the country in August to avoid arrest. The charges, which included sedition, had been levied against him after the disastrous ARY interview with Shahbaz Gill, a close aide of Imran Khan, who was accused of making offensive comments about the military. Sharif had claimed that the state and its institutions were harassing and threatening him and he first moved to Dubai but later relocated to Kenya. Sharif was also a part of the documentary Behind Closed Doors which aimed to uncover the corruption by the current regime in Pakistan over the years.

We are very saddened by the unexpected death of fearless journalist #ArshadSharif. He was part of our upcoming doc “Behind Closed Doors”. Deepest condolences to his family and to the entire journalism fraternity.

The news of his death was confirmed by his wife Javeria who tweeted, “I lost friend, husband and my favourite journalist today, as per police he was shot in Kenya.”

I lost friend, husband and my favourite journalist @arsched today, as per police he was shot in Kenya.
Respect our privacy and in the name of breaking pls don’t share our family pics, personal details and his last pictures from hospital.
Remember us in ur prayers. pic.twitter.com/wP1BJxqP5e

Many close friends and supporters of Arshad Sharif took to social media to express their shock and grief over the murder, including former Prime Minister Imran Khan.

Arshad Sharif’s murder has sent shockwaves across Pak. It has highlighted an ongoing targeting of anyone who dares to criticise or question those holding power.When will our senior Judiciary act to ensure our citizens fundamental rights enshrined in the Constitution are protected

I was watching ARY. For a minute I thought the anchor said, we have senior journalist Arshad Sharif on line 💔💔

Assassination of Arshad Sharif was carried out to set an example for those who choose to speak out against the immensely powerful criminal cartels of Pakistan.

Meddling & influence of external powers in Pakistan through clandestine means growing. Mysterious killings like that of Arshad Sharif doings of nexus between political mafia & hostile agencies. Existential threat to state. We are doomed if it goes unchecked. #ArshadSharif

However, it seems not everyone was as aggrieved as others. Maryam Nawaz drew in criticism for what people deemed to be a tone deaf tweet about Arshad Sharif and his death. In a now deleted tweet, she wrote that the journalist’s death is a “lesson for the mankind.”

However, she eventually deleted the tweet and clarified her stance later.

My tweet was NOT aimed at mocking someone but about learning our lessons from the past. I am undoing the tweet & apologise for the hurt it may have caused to the aggrieved which never was my intention. May no one ever have to go through this pain. Prayers for the bereaved family.

While Pakistan mourns the loss of a brave journalist who did not shy away from speaking the truth, a major question remains: Who killed Arshad Sharif?