Imran Khan draws in criticism for statements about Gharida Farooqi 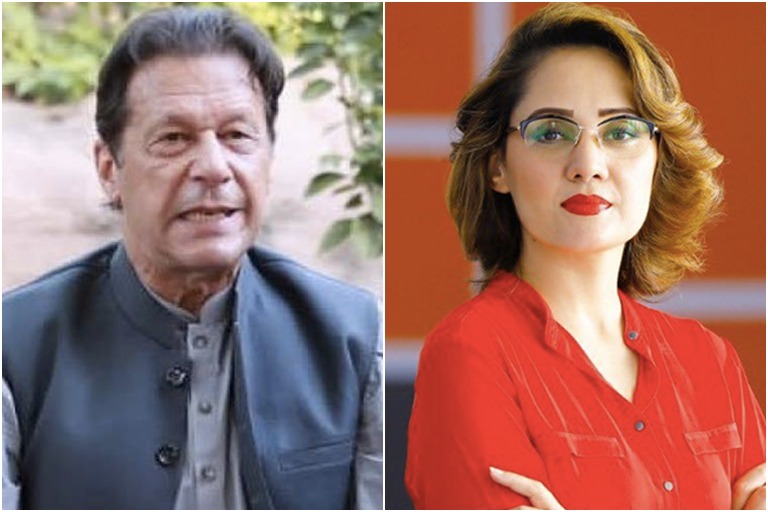 KARACHI: While he might be the most popular vote for the upcoming elections, Imran Khan is not necessarily the popular candidate amongst many women because of his victim blaming attitude. The former prime minster of Pakistan has a history of making controversial statements about women and harassment and in his most recent statement, Imran Khan chose to blame prominent news journalist Gharida Farooqi for the actions of men.

While in conversation with delegations of the National Press Club and the Rawalpindi Islamabad Union of Journalists, Khan was asked a question in regards to female journalists being harassed while covering PTI rallies. While he claimed that he would pay special attention to the matter and would give special instructions to his supporters on the matter, Imran Khan also decided to indulge in a bit of victim blaming. Making an example out of prominent journalist Gharida Farooqi, he claimed, “If she invades male dominated spaces, she is bound to be harassed.”

Naturally, the statement targeting Gharida Farooqi did not sit well with many, who called Imran Khan out for victim blaming yet again. Khan’s ex-wife Reham Khan was one of the first people to call him out for his statement and not only demanded that he be boycotted but also made a point to the female PTI supporters.

The national press club & the union of journalists should boycott this man for his disgusting sexist remarks. Show some honour & solidarity.
And for PTI women this is who you voted for
👇🏽 https://t.co/lvTiuGKHpH

Others deemed his statements as unacceptable:

I highly condemn such …. by @ImranKhanPTI . Derogatory remarks about women, irrespective of who utters them, are unacceptable. https://t.co/39DC26aPlA

Irresponsible & misogynistic comment by imran khan.
More power to @GFarooqi and other women journalists who are doing tremendous job. pic.twitter.com/w5ojrmqvi9