"Anyone who commits rape, solely and solely that person is responsible. So let's be clear about that," clarifies the sitting PM. 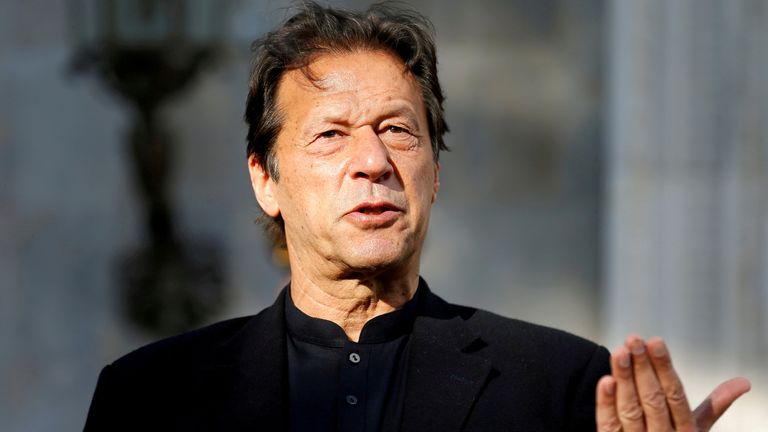 KARACHI: Imran Khan recently made headlines, and was called out widely for the statements he made pertaining to rape. However, recently speaking to Judy Woodruff at the PBS Newshour, Imran Khan may have redeemed his position as an empath for survivors of rape.

During the interview, Woodruff ruffled his feathers on the matter of his earlier statements on rape. “In an interview last month, you said that women themselves bear a large part of the responsibility concerning rising in the number of rape cases in Pakistan. I want to ask you if you truly believe that. I mean, you are someone who has lived in the west, you have travelled widely around the world. Do you believe women bear a large part of the responsibility for this?” she asked.

To this, Imran Khan said, “Look, Judy, anyone who commits rape, solely and solely that person is responsible. So let’s be clear about that. No matter whatever, how much ever a woman is provocative, or whatever she wears, the person who commits rape is fully responsible. Never is the victim responsible. My comments were completely taken out of context. They were simply talking about Pakistan’s society where we are having a rise, a sharp rise in sex crimes. Sex crime does not just include women. More than rape is child abuse which is going through the roof. I used the word pardah. In Islam, pardah does not mean just clothes, and pardah is not restricted to women only. Pardah is for men as well. It means bringing the temptation down in society. This is what I was talking about. It was taken out of context, deliberately, I have to say, because I know all the interviews I have given, never would I say such a stupid thing, where a person who was raped was responsible for it somehow. It is always the rapist who is responsible.”

Further probing him for his stance, Judy Woodruff asked Imran Khan, “Do you believe that the importance in your country of Islam complicates your ability to do something, to take a stronger stand against violence against women?”

"The person who commits rape is fully responsible for the crime; the victim is never responsible" Prime Minister Imran Khan categorically states his thoughts on sexual crimes. He also claimed that his statement was taken out of context deliberately in an interview few weeks ago. pic.twitter.com/Ggki7p2sZM

The Prime Minister instantly responded by saying, “Absolutely not. Islam gives dignity, respect to women. In fact, let me say, having traveled all over the world, I find that in Muslim countries, in Pakistan, even in other Muslim countries I have seen women are treated with far more respect and treated with dignity. You have odd cases everywhere in the world, but you look at the situation in Pakistan even now, I mean look at the rape cases here and compare it to western countries. They are minuscule compared to them. Yes, we have our issues. We have certain cultural problems, every nation has that. But that comes with cultural evolution, with education. But as far as a woman’s dignity goes, respect I can say, this society gives more respect and dignity to women.”

One thing to bear in mind during the premier’s statement is that in Pakistani society, a number of rape cases go unreported due to the shame and victim blaming that is prevalent in the region.

Earlier this year, in April, one of Imran Khan’s statements was as follows, “The reasons for this, in a society, if you keep allowing fahashi (vulgarity) to grow, it will project itself somewhere. Why has our religion stopped us? Why has it enforced purdah? So that temptation can be nullified within the society. Not every person in society has the willpower. The more fahashi increases, the more consequences we face. When I was eighteen and went to Britain, their society was not what it has become today. The concept of sex, drugs, and Rock N Roll.”

Recently however, Imran Khan was slammed across the world in June, after another statement coming from the sitting PM said, “If a woman is wearing very few clothes, it will have an impact on the men, unless they are robots. It’s just common sense.” He also added, “This is cultural imperialism,” he claimed. “Whatever is acceptable in our culture, must be acceptable everywhere else. It’s not.”