Trailer for What’s Love Got to Do With It? is finally out! 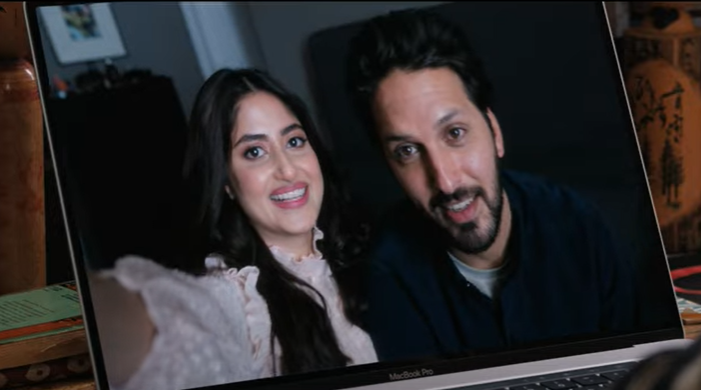 KARACHI: It has been months since it was revealed that Sajal Aly was making her Hollywood debut. As if that was not exciting enough, her debut would be in a movie directed by Indian director Shekhar Kapur and written and produced by British producer Jemima Goldsmith. For months, we have sat anxiously waiting to see what the movie has in store for us. Finally, the trailer for What’s Love Got To Do With It has dropped and boy, are we excited!

Sharing the trailer on Twitter, Jemima Goldsmith wrote, “Is it better to walk into love, than fall into it?” which gave us an inkling of what the movie could be about. She also revealed that the movie is expected to hit cinemas early next year.

Is it better to walk into love, than fall into it? 💕 Watch the official trailer for WHAT’S LOVE GOT TO DO WITH IT?— starring Lily James, Shazad Latif, Shabana Azmi, Sajal Aly, Asim Chaudhry and Emma Thompson — in UK cinemas January 27, 2023 pic.twitter.com/jQGb9B9pQ7

The trailer for What’s Love Got To Do With It? introduces us to neighbors and friends Kazim (Shazad Latif) and Zoe (Lily James). Kazim is a doctor from a very typical Pakistani family while Zoe is his British neighbour and filmmaker. While the two families are close, the cultural differences are obvious especially as Kazim tells Zoe he is getting into an arranged or “assisted marriage” as he likes to call it.

Fascinated by the concept, Zoe decides to make a movie on the process. From meeting a hilariously dodgy rishta uncle to traveling to Pakistan to meet Kazim’s fiance, played by Sajal Aly, Zoe tries to figure out how he could be okay with the idea of marrying a stranger. And in the process of understanding the process, Zoe learns quite a bit about herself.

The trailer for What’s Love Got To Do With It? promises a whole lot. From being incredibly relatable to full of laughs and heartfelt moments and a star studded cast to add to the execution, it is fair to say, we cannot wait for 2023!