Beyonce called out for ableist slur, promises to re-record song 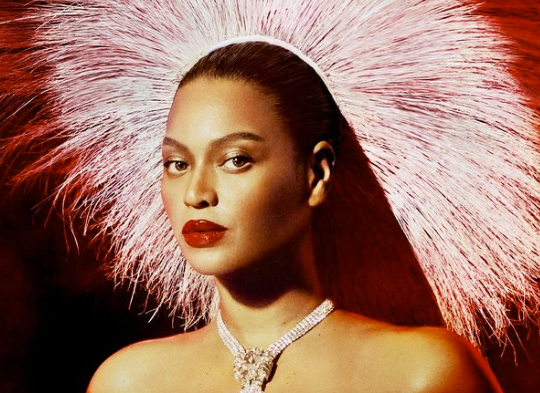 KARACHI: A little less than a month ago, popular singer Lizzo was called out on social media for using an ableist slur as a lyric for her song ‘Grrrls’. Hannah Diviney, a disability advocate, had pointed out how the word “spaz” was offensive especially towards people who suffered from cerebral palsy. Lizzo took note of the complaint and promptly changed the lyrics. However, it seems as though Beyonce has used the same lyrics in her new song and is being called out for it.

In her new song called ‘Heated’ which was co-written by Drake, Beyonce uses the ableist slur twice. Hannah Diviney wrote an Op-Ed to express her anger at Beyonce’s obliviousness. She wrote, “Whenever Beyoncé so much as breathes it becomes a cultural moment. She’s often the blueprint for the music industry – with artists and entertainers following her lead. But that doesn’t excuse her use of ableist language.” She also took to Twitter to voice her disappointment and how the song felt like a “slap in the face.”

So @Beyonce used the word ‘spaz’ in her new song Heated. Feels like a slap in the face to me, the disabled community & the progress we tried to make with Lizzo. Guess I’ll just keep telling the whole industry to ‘do better’ until ableist slurs disappear from music 💔

However, it seems as though Beyonce’s team has picked up on the conversation surrounding her new song and its controversial lyrics and are promising to re-record the song. Her publicist reportedly claimed that the particular word has different connotations in America and was “not used intentionally in a harmful way”. They did, however assure fans and critics that the word “will be replaced in the lyrics” though no timeline has been given.

Waking up this morning to hear @Beyonce has heard and recognised the disabled community’s call to remove ableist language from her music is an incredible feeling. Where she leads, the music industry follows. Big thank you to Bey + her team. I’m so grateful ❤️

India’s richest man flies in Beyonce for his daughter’s wedding. Here’s how Twitter is reacting

Beyonce’s powerful ‘Brown Skin Girl’ anthem is up on YouTube