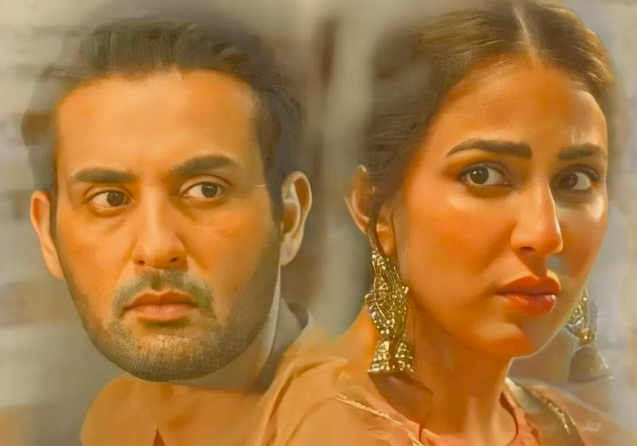 KARACHI: Pakistan might be 75 years old but the memories of partition still haunt many. So many lives lost, so many families torn apart. And that is exactly what Junction, the short movie starring Ushna Shah Affan Waheed movie highlights.

The short film which aired on See Prime is as minimalistic as can be. Set against a railway station, it sees Jawaid (Affan Waheed) standing at the railway platform waiting for a train that has been delayed by heavy rain. What seems like a inconvenience suddenly changes because of a chance encounter with his long lost love, Nigar (Ushna Shah). As they both wait for the train, they rehash old memories. They laugh and cry, complain and forgive.

While Nigar expresses her heartbreak, their conversation also takes a turn to happier times and even reminisce fond moments they shared. But all the while, the underlying pain of being torn apart because of partition lingers on.

With Ushna Shah and Affan Waheed being the only actors in the movie, it is easy to simply focus on their chemistry and believe the film to be a simple conversation between two long lost lovers. However, some things simply do not add up and even though both characters raise the questions, audiences are easily distracted by their conversation. The most confusing being: how are the two lovers from different sides of the border at the railway station?

That is the beauty of the short movie that has been written by Radain Shah. The plot twist in the end suddenly puts a whole lot into perspective. Dialogues that did not make sense but were easily ignored suddenly make you gasp when you realize what they meant. With no flashbacks, no elaborate scenes and no glitz or glamour, it is difficult for a film to make a lasting impact using less is more. But Junction really does pull it off. And as we reach the end of it, audiences realize that catharsis is both, beautiful and tragic.