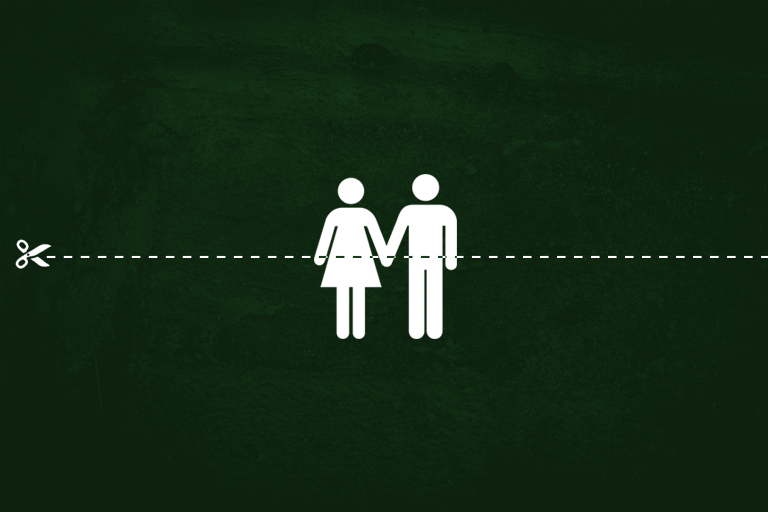 I was 15 when I decided I wanted to become the president of Pakistan. My parents always told me I could be anything in life and that the world was my oyster. It was a random thought at the time; one that was both preceded and followed by equally childish and perhaps unrealistic hopes and dreams. But instead of applauding and encouraging it, as they had done with all my other aspirations, my parents blatantly shot it down. They told me I couldn’t.

I was hurt. I wondered if my parents thought I wasn’t capable.

“I’m born and raised in Pakistan, a Pakistani-national, so why not?” I asked again. This time my tone was accusatory.

How many updated versions of Pakistan will it take for non-Muslims to become equal citizens of this country?

The 1973 Constitution of Pakistan makes it impossible for a non-Muslim to be head of state. In other words, to be wholly Pakistani one must wholly be Muslim. Constitutionally, whoever is not is only half a citizen. Now this is the same country that was founded in order to safeguard the rights of a religious minority in British India. Muhammad Ali Jinnah and his aides were afraid that Muslims in India might never get equal state representation and hence demanded a separate country. But in an ironic twist of events, leaders of Pakistan did to religious minorities what they feared would happen to them in the undivided subcontinent.

When Abdul Kalam, a Muslim in India, became the country’s 11th president, it seemed as though my counterparts in India had received the better end of the deal. His religion was secondary. The fact that he was Indian was primary.

Or for instance let’s look towards the West since a non-Muslim drawing comparison between India and Pakistan is also frowned upon. The current serving mayor of London is Sadiq Khan. No one cares that he was born to a Sunni Muslim family because the only thing that matters is that he was born in South London, United Kingdom. In the UK, Khan’s national identity trumps his religious identity. But for Pakistani non-Muslims, our religious identity is the sole basis of our acceptance or lack thereof.

Watch: The White In Our Flag

Simply put: there’s no country for Pakistani non-Muslims. We may be sons and daughters of the soil but it seems like our parent has a favourite child. We’re half-citizens. The sad part, however, is that the state continues to take from us like we’re full citizens but gives to us like we’re half-citizens. There is no exemption in taxes for us. But we’re barred from acquiring executive roles in the government. Quick question: How many Christian, Hindu, Sikh or Zoroastrian presidents and prime ministers has Pakistan had? That’s right, none. Furthermore, there is no exemption of citizen responsibility for us. But there are limitations on our freedom of expression. If we don’t display the utmost patriotism, we’re accused of having an agenda. But discrimination against us is constitutional, institutionalised and sometimes systemic, and we’re supposed to believe that’s without an agenda?

What my 15-year-old self didn’t quite understand was that if membership of this club was so exclusive, why was there ever an open invitation in the first place? And if this is, in fact, a country that millions of non-Muslims call home, then why are we still made to feel like outsiders in our own home?

Every time I ask these questions, my fellow citizens love to remind me of Quaid-i-Azam’s August 11 speech. Speaking to an audience, Jinnah had made it clear that the newborn state was going to be inclusive. Non-Muslims in this country take particular solace in remembering the following lines of his speech: “You are free; you are free to go to your temples, you are free to go to your mosques or to any other place of worship in this State of Pakistan. You may belong to any religion or caste or creed that has nothing to do with the business of the State.” But what people don’t understand is that these lines are of no interest to me. I don’t care for the kind of freedom that costs more than it provides. And what infuriates me further is the unfulfilled promise Jinnah made to my forefathers; the promise of a state that was fundamentally starting on the principle of an equal status for all its citizens.

Read: My name is Alice and I love Ramazan

If membership of this club was so exclusive, why was there ever an open invitation in the first place?

Now, 71 years on, Naya Pakistan has been created. But what is still purana in this Pakistan is inequality. Because you have the option to choose to be a purana or naya Pakistani, but I will always be an aadha Pakistani.

It is this frustration that leaves me questioning, how many updated versions of Pakistan will it take for non-Muslims to become equal citizens of this country?

More importantly, can Pakistan ever be truly democratic? Will I ever be good enough to become pura Pakistani or is my fate as aadha perpetual and forever sealed?