Masculinity on a spectrum 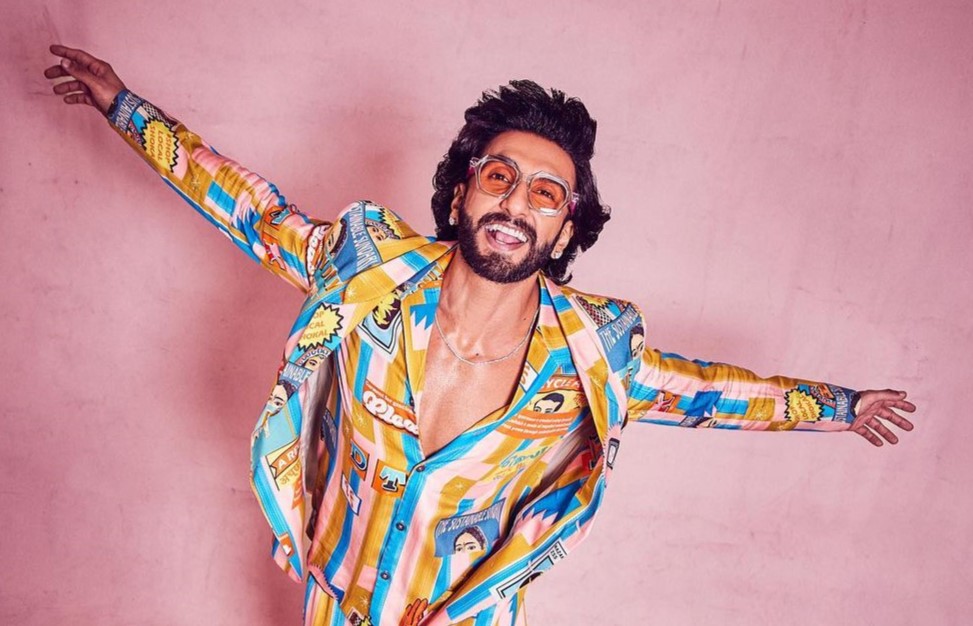 KARACHI: Masculinity tends to have quite a toxic definition in most parts of the world. Masculinity in media is an even more dangerous territory. Much like their female counterparts, men in the media industry have a manual that they must follow in order to be deemed desirable. At least 6 feet tall combined with perfect abs, and an interior as hard as their exterior. Must not show emotion, and is even better if they are loud and aggressive. On the other hand, men in the industry can also pretty much get away with anything, as compared to women artists. So then why has Ranveer Singh posing naked irked so many? Few might have religious or cultural reasonings behind their opinions, but why has the photoshoot upset so many?

For years, Ranveer Singh has made the headlines for his choice of wardrobe. From animal prints to neon colours and florals, the man has experimented with pretty much anything. Memers have a ball every time Singh makes an appearance, while some even joke about him stealing from Deepika Padukone’s wardrobe. Safe to say, Singh has always stood confidently behind his fashion choices and continues to come across as an individual who expresses himself however he wants. Singh comes across as a very secure man, be it in his choice of clothing, jewellery or his relationship with Padukone. The man even confidently introduces himself as ‘Deepika Padukone’s husband’, making his public appearances even more so enjoyable.

One brief look at the way Singh chooses to live his life and many people (specially on our side of the world) may laugh at him. For them, Singh is not necessarily the epitome of masculinity. Surely not after judging his relationship with his wife and wardrobe. So perhaps Ranveer Singh tried something new with getting naked for the public. Sure, the pictures could have come with some sort of warning for those who might find the images disturbing. After all, few wish to wake up to unsolicited nudes of other people. But why has Ranveer Singh not fulfilled the definition of a true man in the eyes of the masses?

A man who does what he wants, goes over the edge even if it makes other people comfortable, shows off his body in a world where women aren’t safe even in burqas. In the pictures, Singh lays out his perfectly toned body, showing off his body hair, seducing the camera all along. On surface level, he has quite literally captured the freedom that comes with being a man.

Some are criticizing the photoshoot for not receiving the same backlash that a woman’s photoshoot might have received. Of course, women, specially South Asian women, cannot afford to be shot naked with consent even if their bodies are violated against their will every day. A female artist surely does not have the liberty to express herself however she wants without inviting abuse and insulting comments. Women are quickly cancelled, slut-shamed and called all sorts of names for anything ‘bold’ that they choose to do.

Or are people (read: men) offended by Ranveer Singh’s photoshoot because it was not meant to please the dominating group? The pictures don’t cater to the male gaze, and cis men may have considered the act as a threat to masculinity as large. So is nudity the problem or the fact that it was not an object for desire for men the problem? With Pakistan ranking 1st and India and Saudi Arabia ranking 6th and 7th amongst the top porn watching countries in the world, clearly culture and religion have nothing to do with our ‘sharam’. Obviously we have nothing against nudity. So then is it the person in the picture?

As a public figure, Ranveer Singh is almost always going to receive some sort of criticism for his choices. With the internet always keeping tabs on all the latest happenings, it is difficult for artists to separate their private life from their professional. Except that Singh’s nudes weren’t meant to be private at all. He confidently takes all risks, be it hanging out with snakes and tigers in the wilderness or putting all of himself out there for public scrutiny.

But as consumers, where do we draw the line? When do we stop commenting on people’s choices? More importantly, when do we start understanding that women and other gender minorities too have ‘choices’? When do we start realizing that not everyone has the same religious or cultural beliefs as us, and hence, their schools of thought might differ?